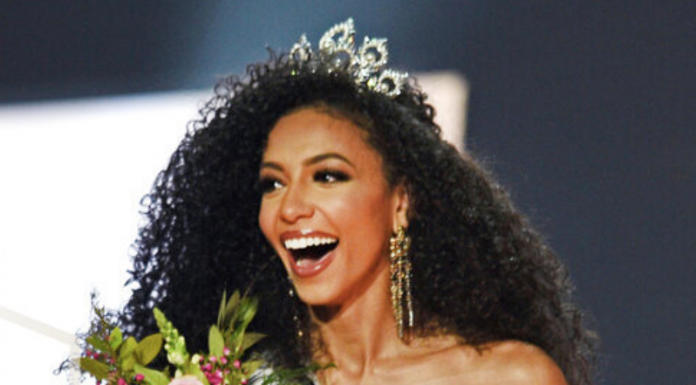 Kryst jumped from the 29th floor of the 60-story Orion condominium building, according to police

NEW YORK (AP) — Cheslie Kryst, the 2019 winner of the Miss USA pageant and a correspondent for the entertainment news program “Extra,” has died at age 30.

Police said Kryst jumped from a Manhattan apartment building and was pronounced dead at the scene Sunday morning. Her family confirmed her death in a statement.

“In devastation and great sorrow, we share the passing of our beloved Cheslie. Her great light was one that inspired others around the world with her beauty and strength,” her family said.

“Cheslie embodied love and served others, whether through her work as an attorney fighting for social justice, as Miss USA and as a host on EXTRA. But most importantly, as a daughter, sister, friend, mentor and colleague – we know her impact will live on,” her family said.

Kryst, a former Division I athlete and North Carolina attorney, won the Miss USA pageant in May, 2019, and competed in the Miss Universe pageant that year.

When Kryst was crowned, it marked more than a personal triumph: It meant that for the first time, three Black women were the reigning Miss USA, Miss Teen USA and Miss America.

In a statement Sunday, the nationally syndicated program “Extra” described Kryst as “not just a vital part of our show, she was a beloved part of our Extra family and touched the entire staff. Our deepest condolences to all her family and friends.”

Kryst provided commentary at last month’s Miss Universe pageant, which called her “one of the brightest, warmest, and most kind people we have ever had the privilege of knowing. Our entire community mourns her loss.”

University of South Carolina praised the former student-athlete, calling her “a woman of many talents.” Kryst also held an MBA from Wake Forest University.

According to police, Kryst’s body was found at approximately 7 a.m. Sunday in front of the Orion building, a high-rise on West 42nd Street in midtown Manhattan.

The National Suicide Prevention Lifeline is available for those in distress: 1-800-273-8255.