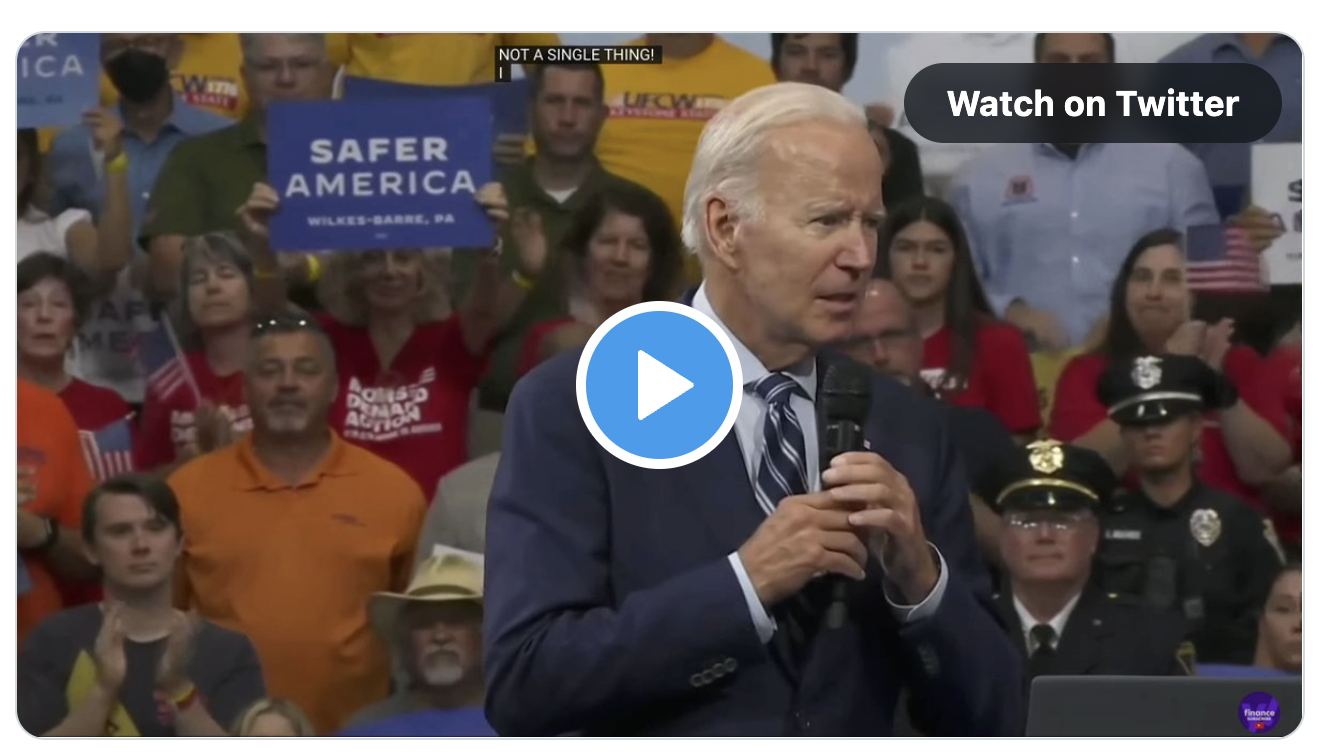 “An alleged diary from Ashley Biden exposed Joe Biden as a creep who took naked showers with his daughter at an inappropriate age,” wrote Gateway Pundit’s Jim Hoft ...

Headline USA – Despite the leftist mainstream media’s best efforts to portray Joe Biden as a rejuvenated president ready to lead his party to midterm glories, the aged and increasingly befogged Biden keeps sidetracking the fake news narrative with his own words and misdeeds.

Biden delivered the latest cringy example during a Tuesday speech at Wilkes University in Pennsylvania, when he went off-script after spotting a young girl in the crowd.

“How are you, baby? How old are you? … Almost double-figures!” the lecher-in-chief crooned.

Biden spun from dropping creepy one-liners to spreading gun myths, insulting law-abiding gun-owners and dog-whistling racism, to spewing what many are calling another round of whoppers about his personal exploits.

“A safer America requires all of us to uphold the rule of law, not the rule of any one party or any one person,” said the president whose politically weaponized Justice Department launched an unprecedented, militarized raid on former President Donald Trump’s Mar-a-Lago home.

Biden also blasted calls to defund the agency that has served as his political-enforcement goons, while insisting that he and all Democrats really don’t want to defund the police.

When Biden wasn’t busy spinning tales about Democrats’ love for funding police, he insulted law-abiding gun owners, repeatedly insisted he was pro-gun and pro-2A, despite acknowledging he was an unabashed gun-grabber and proving he didn’t know the Constitution from constipation.

“I’m determined to ban assault weapons in this country!” Biden screeched, while noting that he had two shotguns at home, which he awshucked as a “long story, but I’m not opposed to guns, but I support the Second Amendment.”

“For those brave right-wing Americans who say [the 2nd Amendment] is all about keeping America independent and safe,” Biden sneered, “if you want to fight against the country, you need an F-15. You need something a little more than a gun.”

Never one to shy away from his own exploits, even if it means spewing racist cliches like black people making the best basketball players, Biden managed to do both again during his speech.

Biden rounded out the rambling, misleading and insulting speech by recalling his alleged crime-fighting exploits with what is being considered another likely whopper, ranking with his fables about an appointment to the Naval Academy and how many times he’s been to Afghanistan.

Talking about the need for more community policing, Biden reminisced about how he used his political muscle and street smarts to rescue an elderly woman who was scared for her life because of drug dealers in her apartment complex.

Biden recalled venturing into the East Side of Wilmington and laid on the details thick and heavy, usually a sure tell that he’s entered fabulist mode.

“And she said, ‘Joey, I know. I know what’s going on,” Biden said of the alleged encounter with a woman who he said is now dead.

Of course not; the joke was that he supported the 2nd Amendment and Democrats are pro-police.