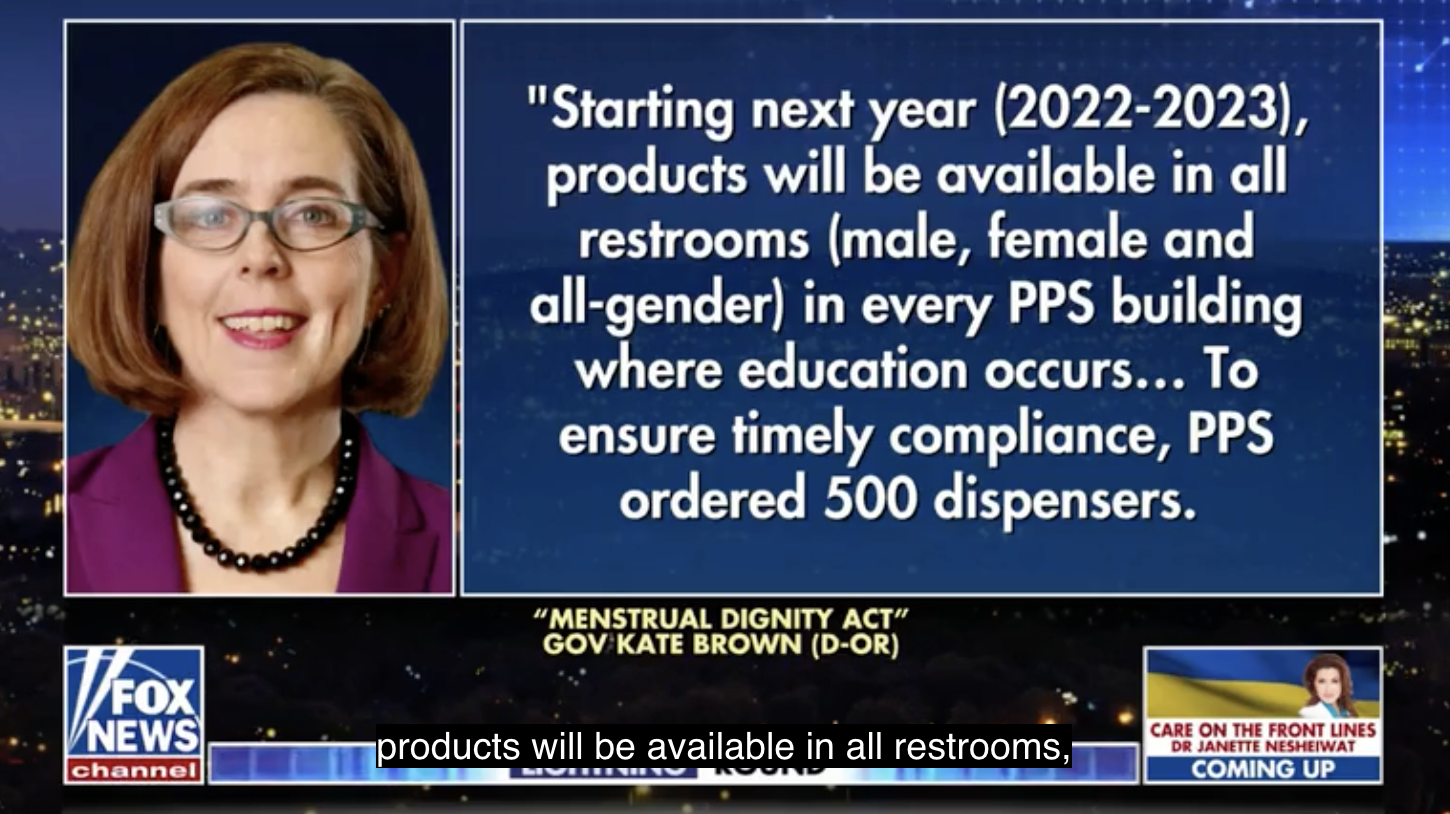 BREITBART – Feminine products, including tampons and pads, will be placed in all boy’s restrooms at Oregon Public Schools starting in the 2022-2023 school year to comply with the state’s 2021 “Menstrual Dignity Act” law.

The law requires “that both tampons and sanitary pads are available at no cost to students through dispensers located” in all student bathrooms, including boys’ rooms at elementary, middle, and high schools and every other public school building in the state.

Currently, the law requires that tampon and pad dispensers are placed “in at least two student bathrooms of every public school building.”

“Student bathrooms” in the legislation refers to girls’ rooms, boys’ rooms, and unisex bathrooms. The change goes into effect on July 1, 2022.

“When you give a grade school boy something that’s adhesive, they’re going to put it in places.”

Portland Public School (PPS) announced in an April 17 release that it had begun preparing for the upcoming requirements:

Starting next year (2022-23), products will be available in all restrooms (male, female, and all-gender) in every PPS building where education occurs.

Instructions for how to use tampons and pads will be posted in all bathrooms.

The release later added that all K-12 schools are receiving “basic lessons around the four pillars of Menstrual Dignity including Privacy, Inclusivity, Access, and Education” from the “Health and Adapted/Physical Education team.” …