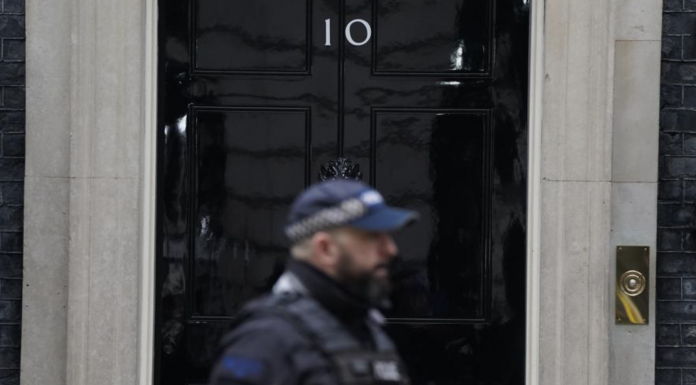 The Metropolitan Police Service has launched an inquiry into “a number of events” at Downing Street because they met the force’s criteria for investigating the “most serious and flagrant” breaches of COVID-19 rules, Commissioner Cressida Dick told the London Assembly, the capital’s local government council.

Johnson is facing calls to resign amid revelations that he and his staff attended a series of parties during the spring and winter of 2020 when most social gatherings were banned throughout England, forcing average citizens to miss weddings, funerals and birthdays as friends and relatives died alone in hospitals.

The gatherings are already being investigated by a senior civil servant Sue Gray whose report, expected this week, will be crucial in determining whether Johnson can remain in power.

Johnson has apologized for attending a party in the garden of his Downing Street offices in May 2020, but said he had considered it a work gathering that fell within the social distancing rules in place at the time.

“No one is above the law. There cannot be one rule for the government and another for everyone else.”

In the latest revelation, ITV News reported late Monday that Johnson attended a birthday party in his Downing Street office and later hosted friends at his official residence upstairs in June 2020. His office denied that the gathering violated lockdown regulations, saying that the prime minister hosted a small number of family members outdoors, which was in line with rules at the time.

“The public rightly expect the police to uphold the law without fear or favor, no matter who that involves, and I have been clear that members of the public must be able to expect the highest standards from everyone, including the Prime Minister and those around him,” Khan said in a statement. “No one is above the law. There cannot be one rule for the government and another for everyone else.”

Police have previously faced criticism for suggesting that they wouldn’t investigate the “partygate” scandal because they don’t routinely investigate historical breaches of coronavirus regulations.

But Dick told the assembly that an investigation was warranted in this case because there is evidence that those involved knew or should have known that what they were doing was illegal, not investigating would “significantly undermine the legitimacy of the law,” and there seems to be no reasonable defense for the conduct.

“So in those cases, where those criteria were met, the guidelines suggested that we should potentially investigate further and end up giving people tickets,” she said.