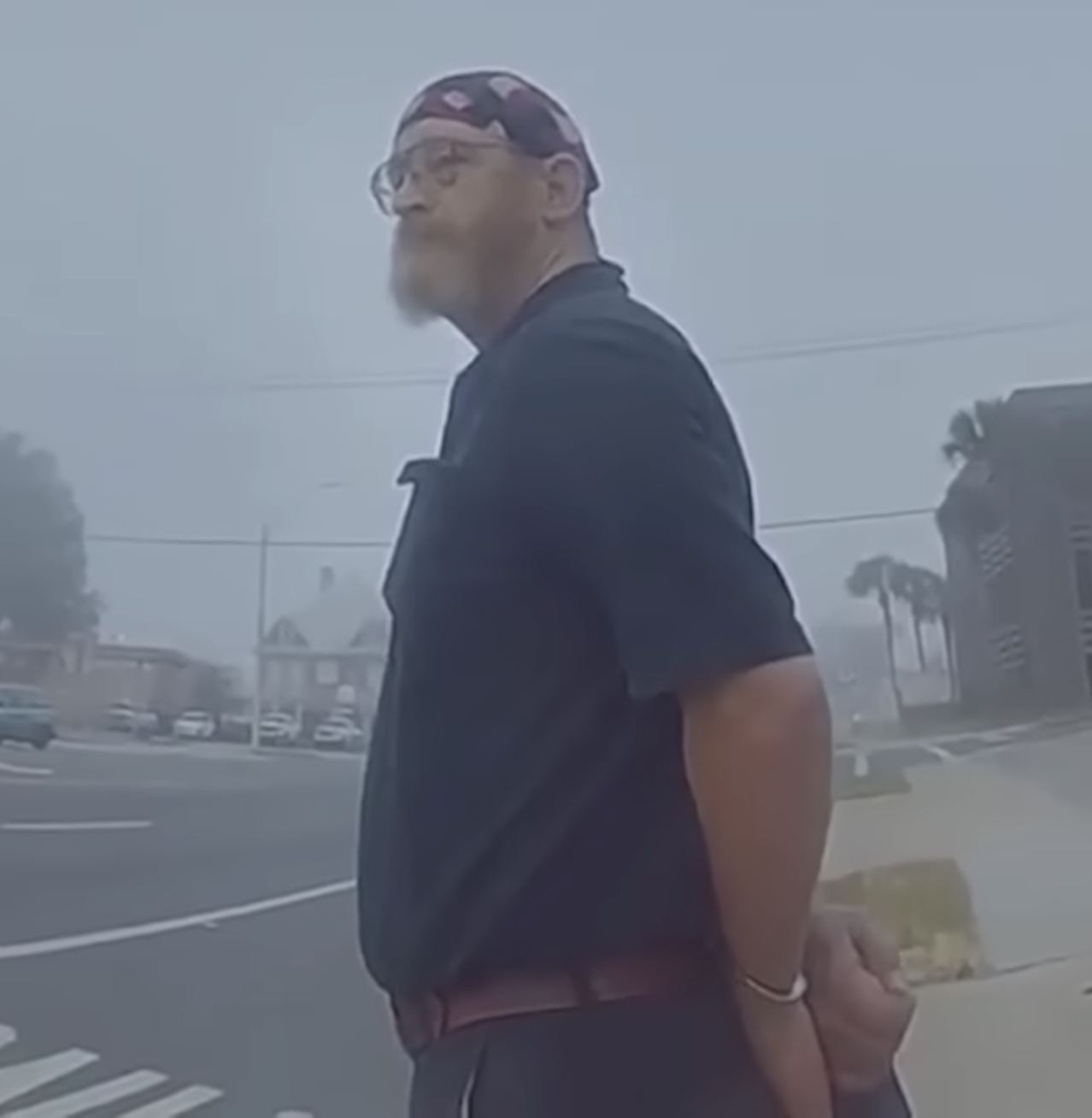 The Columbia County sheriff said the Oct. 31 arrest of James Hodges, who is legally blind, was "unacceptable." Two of his deputies face suspension without pay.

NBC NEWS – Two deputies will be suspended and a Florida sheriff has apologized after a visually impaired man was arrested last month when his walking cane was mistaken for a gun, officials said.

James Hodges, 61, of Lake City, was arrested the morning of Oct. 31 and accused of resisting an officer without violence, according to an arrest report and body camera video of his detainment provided Wednesday to NBC News by the Columbia County Sheriff’s Office.

In a videotaped statement Tuesday on Facebook, Sheriff Mark Hunter identified the arresting deputies as Jayme Gohde and her supervisor, Sgt. Randy Harrison.

The deputies face suspension without pay and Harrison was demoted after an investigation was launched when Hodges requested body camera video of his arrest, Hunter said.

“As sheriff, I take full responsibility for this event and want to extend my sincere apologies to Mr. Hodges for the actions of my deputies,” Hunter said. “I do not feel these deputies’ actions were guided by ill intent, but rather by frustration and failure to rely on their training. Nevertheless, this conduct is unacceptable.”

The arrest report said Gohde stopped Hodges after she saw him enter a crosswalk when a traffic control device indicated not to walk.

The morning was foggy and overcast, and drivers were using their headlights, the report said.

The report said Hodges appeared to be carrying a “silver (chrome) pistol with a white grip in his back right pocket.”