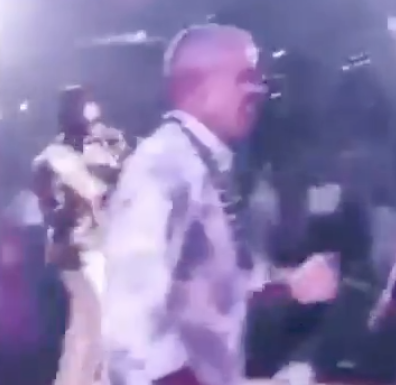 [There were about 200 friends and family members in attendance for the outdoor gathering, according to People. – Yahoo! News, Aug 9, 2021]

The 50-year-old singer-songwriter expressed contrition in a tweet on Thursday for being the one to provide the world a look at Obama dancing without a face covering at the Hawaiian luau-themed celebration.

The event, held in his luxury home in Martha’s Vineyard, Massachusetts, was supposed to be scaled back due to COVID-19. She said:

“Mr. And Mrs. Obama , Please forgive me 4 being the ‘terrible guest ‘ at such a sacred event for your family. I was so inconsiderate, Thank you for all your love. What an example of ‘how NOT ‘ to be …… erica,”

The 44th president was captured in now-deleted Instagram footage grooving beside other maskless attendees on what appeared to be a stage while loud music blared on Saturday.

Obama, in white jeans, was seen embracing a woman in front of a crowd in the footage.

Responding to a Twitter user, Badu indicated she was not told to remove the video from social media.

Napkins, masks, and passes to the party featured “44X60,” a phrase indicating the 44th president’s 60th birthday. The images have since been deleted.

Both Beckham and Chapman were seen smoking marijuana in photos posted around the same time, though it was unclear if the drug use occurred in the Obama residence. Cannabis usage is legal in Massachusetts … READ MORE.