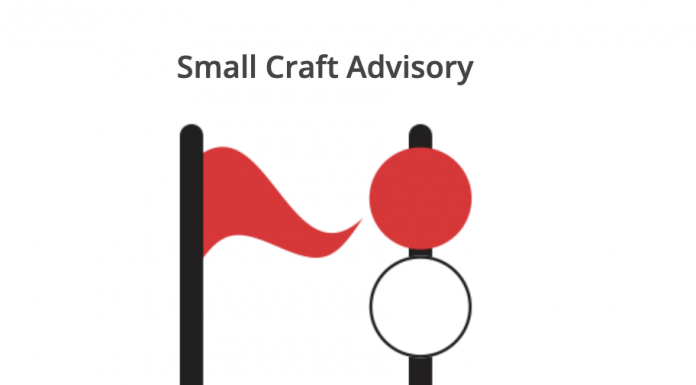 “Winds gusted to 35 mph in that part of the bay on Thursday afternoon, and a small craft advisory was issued. ”

| The Weather Channel – A granddaughter of the late Robert F. Kennedy and her young son are presumed dead after a canoe accident on the windy Chesapeake Bay Thursday afternoon.

Former Maryland Lt. Gov. Kathleen Kennedy Townsend says authorities have shifted from a “rescue” search to a “recovery” search as they look for her daughter, Maeve Kennedy Townsend McKean, and grandson Gideon Joseph Kennedy McKean, according to the Associated Press.

The search started Thursday afternoon after a report of two people on a canoe who appeared to be overtaken by strong winds.

The U.S. Coast Guard announced Friday night it had suspended the effort, but other agencies resumed a search for the bodies on Saturday.

“She was my everything,” human rights lawyer David McKean said of his wife in a Facebook memorial on Friday evening.

McKean told the Washington Post his wife and son went missing after paddling out into the bay around 4 p.m. to chase a ball. The family was gathered at a waterfront house owned by his wife’s mother, who is the eldest daughter of Robert F. Kennedy.

“A Small Craft Advisory means that wind speeds of 21 to 33 knots and/or seas 10 feet or higher are expected to produce hazardous wave conditions to small craft. Inexperienced mariners, especially those operating smaller vessels should avoid navigating in these conditions.” – National Weather Service

“They just got farther out than they could handle and couldn’t get back in,” McKean said.

Winds gusted to 35 mph in that part of the bay on Thursday afternoon, and a small craft advisory was issued.

The windier-than-usual conditions were caused by a strong Atlantic storm churning offshore farther to the north.

Overnight temperatures in the Annapolis area dipped to 48 degrees, while the water temperature in the bay was about 51 degrees.

[According to University of Sea Kayaking, in water temperatures of 50 to 60 degrees, loss of dexterity occurs in 10 to 15 minutes, exhaustion or unconsciousness occurs in 1 to 2 hours, and expected time of survival is 1 to 6 hours; this is without taking into consideration the effect of wind and waves. Recommended gear includes drysuit with polypro layers or wetsuit plus drytop, neoprene booties, and hat.]

Searchers found an overturned canoe matching the one that went missing, the Post reported on Friday, but no sign of McKean and her son.

The Coast Guard said they were contacted after Maryland State Police received a call that two people were seen struggling to return to shore. An MH-65 helicopter as well as a 45-foot response boat were deployed to the search. A C-130 airplane and another boat crew continued the search Friday. The state police and three other agencies also assisted in the initial search … Read more.

Get the Weather.gov app on Your Mobile Phone – National Weather Service – www.weather.gov

Learn how to add the mobile version of weather.gov to your iPhone or Android phone.

ALSO ON HEADLINE HEALTH TODAY: Why Blacks Distrust Virus News | Seeing Refrigerated Trucks in Hosp. Parking Lots? | Nurse Shows How EASY It Is It To Get Virus At Grocery Store