Just One Drink Can Kill You 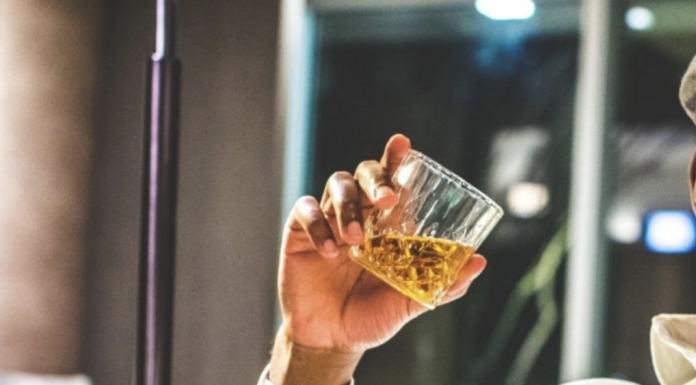 Alcohol -- even just one drink -- may have immediate effect on atrial fibrillation risk.

SCIENCE DAILY – Alcohol appears to have an immediate — or near-immediate — effect on heart rhythm, significantly increasing the chance that an episode of atrial fibrillation (AFib) will occur, according to new data presented at the American College of Cardiology’s 70th Annual Scientific Session.

The data revealed that just one glass of wine, beer or other alcoholic beverage was associated with twofold greater odds of an episode of AFib occurring within the next four hours.

Among people having two or more drinks in one sitting, there was a more than threefold higher chance of experiencing AFib.

“While [AFib] isn’t fatal in itself, it can lead to potentially life-threatening complications. Two of the most common are stroke and heart failure, both of which can be fatal if not managed quickly and effectively.” – Healthline

Using an alcohol sensor placed on participants’ ankles, which passively monitored alcohol intake, the investigators found that every 0.1% increase in inferred blood alcohol concentration over the previous 12 hours was associated with an approximate 40% higher odds of an AFib episode.

Evidence from those sensors also demonstrated that the total alcohol concentration over time also predicted the chance AFib would occur.

“Alcohol is the most commonly consumed drug in the world, and there is still a lot we don’t understand about what it does to our bodies and, in particular, our hearts,” said Gregory M. Marcus, MD, cardiologist and professor of medicine at the University of California, San Francisco, and the study’s lead author.

“Based on our data, we found that alcohol can acutely influence the likelihood that an episode of AFib will occur within a few hours, and the more alcohol consumed, the higher the risk of having an event.”

AFib is the most common heart rhythm disorder. It is often characterized by a rapid, chaotic and fluttery heartbeat.

Marcus said that people can experience a range of symptoms. Some may not feel anything, while others are overcome with severe shortness of breath, fatigue, fainting or near fainting spells and a disconcerting sensation that the heart is beating out of control.

AFib also results in costly use of health care services, including visits to the emergency department, hospitalizations and procedures each year. Over time, AFib can lead to heart failure, stroke and dementia if untreated.

Researchers enrolled 100 patients with paroxysmal or intermittent AFib, which tends to go away within a short period of time (unlike chronic AFib).

How Long Does Alcohol Stay in Your System?

The speed of alcohol metabolism is different for everyone

CLEVELAND CLINIC – If you’ve had a drink or two, you may want to know how long alcohol will stay in your system. After all, alcohol impairs your brainpower and reflexes. It also doesn’t play well with certain medicines.

The speed of alcohol metabolism — how quickly your body processes alcohol — varies widely from person to person. And alcohol is detectable in your body for hours, days or even weeks — depending on the type of test you’re using.

Hepatologist Jamile Wakim-Fleming, MD, explains how your body gets rid of alcohol and what affects this process.

How does the body metabolize alcohol?

The liver gets most of the attention when it comes to alcohol metabolism. But it’s not the only gear in the machine.

“When you have a drink, its first stop is the stomach,” explains Dr. Wakim-Fleming. “Some people have stomach enzymes that break down alcohol. These enzymes help divert some of the alcohol from going into your bloodstream.”

“Studies have shown that women tend to have lower levels of ADH than men,” says Dr. Wakim-Fleming. “And people who drink regularly have lower ADH levels than people who rarely or never drink” … Click here to read more.