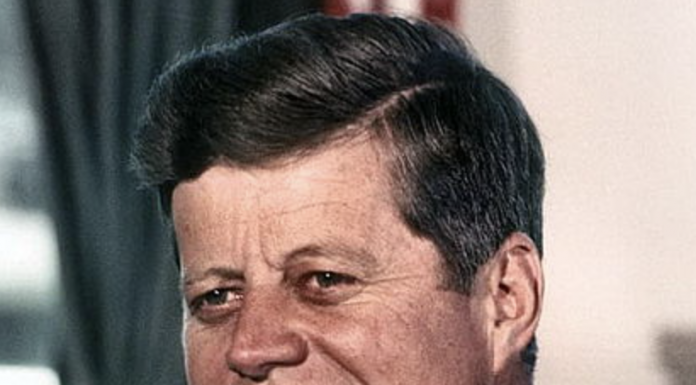 JFK used the oldest trick in the book to conceal the Cuban missile crisis ...

POLITICO – Twenty-one months into his term in the White House, the youngest elected president in American history found himself facing a crisis so grave that it threatened not only his political life but also humanity itself.

John Fitzgerald Kennedy was sitting in the dining room of the “Suite of Presidents” in Chicago’s historic Blackstone Hotel, eating a bowl of the hotel’s famous Boston clam chowder while he scanned the local newspapers. It was Saturday, October 20, 1962, what would later be known as Day 5 of the Cuban Missile Crisis.

The night before, he had headlined a fund-raiser for the Cook County Democratic Party.

Now he would fly off for a day of vigorous campaigning for Democratic candidates in the upcoming midterm elections.

As Kennedy began reviewing the day’s schedule—which would take him to five states, starting in Milwaukee and ending in Seattle—a phone call came in from his brother Bobby, the attorney general. He had ominous news.

After four intensive days of deliberations, the Executive Committee of the National Security Council (ExComm) had agreed on two options for the president to take in response to the discovery days earlier of Soviet ballistic missiles in Cuba.

The first was to launch an air strike, the second to impose a naval “quarantine”—a ring of ships around Cuba to keep Soviet ships from delivering more missiles—with the threat of future military action. Either one could result in a nuclear confrontation with America’s most formidable enemy.

Kennedy instantly scrapped the day’s campaigning and prepared to return to Washington to meet with the ExComm. But since the public still knew nothing about the existential threat just 90 miles from Florida, the president needed an excuse for heading home early. So he turned to the oldest trick in the schoolkid playbook: fake an illness.

As Kennedy boarded Air Force One, the country was told that his doctor had found him running a low-grade fever and ordered him to return home forthwith.

The patient obliged, even donning a borrowed gray fedora hat for only the second time in his presidency to demonstrate he was taking all necessary precautions.

Once back in Washington, Kennedy made four decisions … Click here to read more.