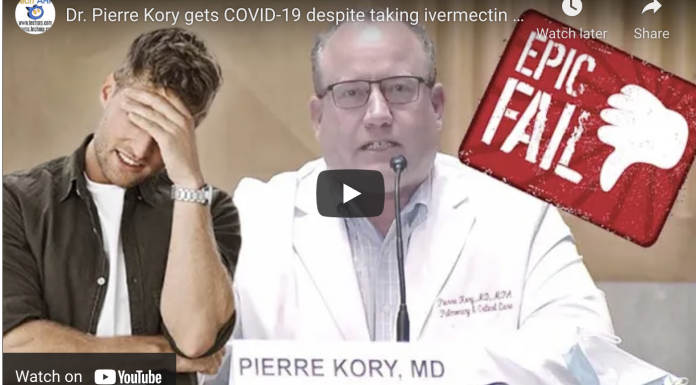 MedPage Today – Pierre Kory, MD, one of the most vocal proponents of ivermectin, got COVID-19 in August, despite taking the anti-parasitic medication on a weekly basis to ostensibly prevent the disease, the Milwaukee Journal Sentinel reported.

Kory has since doubled down on the drug, urging that the prophylactic dose be increased to twice per week, according to the Journal Sentinel.

“The most important event that occurred between my testimony [at Sen. Ron Johnson’s (R-Wisc.) hearing on COVID-19 in December 2020] and my getting sick was the delta variant.”

Kory had called ivermectin a “miracle drug” at the December 2020 Senate hearing, the Journal Sentinel reported. “If you take it, you will not get sick,” he said.

The Journal Sentinel further reported on the rise of the drug in the U.S. and its connection to conspiracy theories.

According to data from IQVIA obtained by the paper, prescriptions for ivermectin jumped from less than 10,000 per week in November 2020, to about 40,000 per week by January 2021.

While scripts went back down as cases diminished during the spring, they were back up to 88,000 for the week ending August 13, the latest week for which there were data.

There’s been an uptick in side effects from the drug, the paper reported.

According to the American Association of Poison Control Centers, 2021 has seen 1,810 cases of ivermectin poisoning in the U.S. as of Oct. 31, compared with 499 for the same period in 2019.

The Journal Sentinel noted that two large randomized controlled clinical trials — one in the U.S. (ACTIV-6) and one in the U.K. (PRINCIPLE) — will provide a more definitive picture of the use of ivermectin in COVID-19 in the near future … READ MORE.