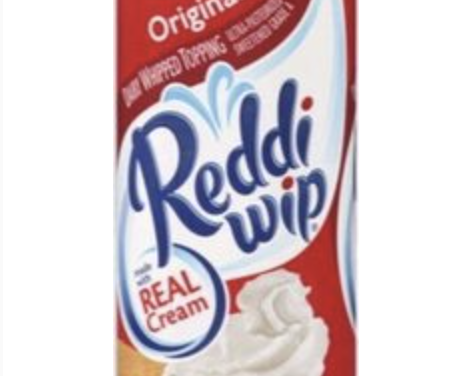 Officials say it's to stop teens from inhaling nitrous oxide

YAHOO! – It is now illegal for New Yorkers under age 21 to purchase a can of whipped cream, according to recently-passed state law.

The law is meant to prevent teenagers from using canned whipped cream to inhale nitrous oxide, otherwise known as “whippets.”

“Nitrous oxide is a legal chemical for legitimate professional use but when used improperly, it can be extremely lethal,” Addabbo added. “Sadly, young people buy and inhale this gas to get ‘high’ because they mistakenly believe it is a ‘safe’ substance. This law will eliminate easy access to this dangerous substance for our youth.” … read more.

WHAT IS THEIR ORIGIN?

What are common street names?

Common household products such as glue, lighter fluid, cleaning fluids, and paint all produce chemical vapors that can be inhaled.

How are they abused?

Although other abused substances can be inhaled, the term “inhalants” is used to describe a variety of substances whose main common characteristic is that they are rarely, if ever, taken by any route other than inhalation.

Inhalants are breathed in through the nose or the mouth in a variety of ways, such as:

Inhalants are often among the first drugs that young children use. About 1 in 5 kids report having used inhalants by the eighth grade. Inhalants are also one of the few substances abused more by younger children than by older ones.

What is their effect on the mind?

Inhalant abuse can cause damage to the parts of the brain that control thinking, moving, vision, and hearing. Cognitive abnormalities can range from mild impairment to severe dementia.

What is their effect on the body?

Inhaled chemicals are rapidly absorbed through the lungs into the bloodstream and quickly distributed to the brain and other organs.

Nearly all inhalants produce effects similar to anesthetics, which slow down the body’s function.

Depending on the degree of abuse, the user can experience slight stimulation, feeling of less inhibition, or loss of consciousness.

Within minutes of inhalation, the user experiences intoxication along with other effects similar to those produced by alcohol. These effects may include slurred speech, an inability to coordinate movements, euphoria, and dizziness. After heavy use of inhalants, users may feel drowsy for several hours and experience a lingering headache.

Some of the damaging effects to the body may be at least partially reversible when inhalant abuse is stopped; however, many of the effects from prolonged abuse are irreversible.

Prolonged sniffing of the highly concentrated chemicals in solvents or aerosol sprays can induce irregular and rapid heart rhythms and lead to heart failure and death within minutes. There is a common link between inhalant use and problems in school — failing grades, chronic absences, and general apathy.

What are their overdose effects?

Because intoxication lasts only a few minutes, users try to prolong the high by continuing to inhale repeatedly over the course of several hours, which is a very dangerous practice. With successive inhalations, users may suffer loss of consciousness and/or death.

Inhalant abuse can also cause death by asphyxiation from repeated inhalations, which lead to high concentrations of inhaled fumes displacing the available oxygen in the lungs, suffocation by blocking air from entering the lungs when inhaling fumes from a plastic bag placed over the head, and choking from swallowing vomit after inhaling substances.

Which drugs cause similar effects?

Most inhalants produce a rapid high that is similar to the effects of alcohol intoxication.

What is their legal status in the United States?

The common household products that are misused as inhalants are legally available for their intended and legitimate uses. Many state legislatures have attempted to deter youth who buy legal products to get high by placing

restriction on the sale of these products to minors.

Even though some substances are not currently controlled by the Controlled Substances Act, they pose risks to individuals who abuse them.