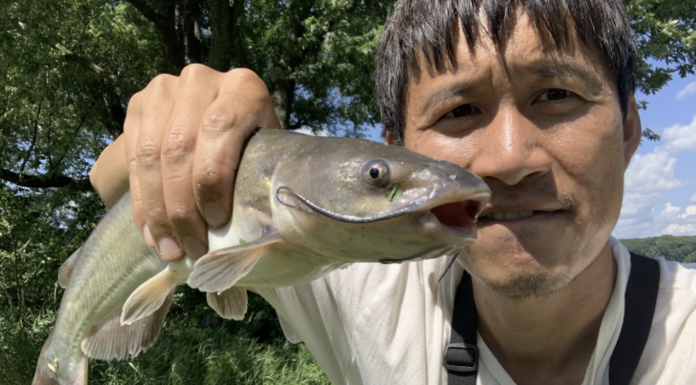 "Since 2017, the importation into the United States from most countries of fish of the order Siluriformes, commonly referred to as catfish, has been prohibited by federal law, in order to ensure the safety of food for human consumption in the United States." – USDOJ

FOOD SAFETY NEWS – Not since April 30, 2014, when USDA’s Food Safety and Inspection Service (FSIS) obtained the primary regulatory oversight for catfish and catfish products from the Food and Drug Administration, have there been any victory laps.

Domestic catfish farmers wanted USDA inspection as a strategy against their foreign competitors.

But domestic catfish prices and production have not improved with the change. And catfish imports to the United States increased by 65,000 additional tons in 2019 compared to 2015, the year after the Memorandum of Understanding was signed.

That FSIS-FDA Memorandum of Understanding is 7 years old, and the 2008 and 2014 Farm Bills’ dictates to move catfish inspections to FSIS from FDA are now reality.

The FDA no longer inspects, samples, or analyzes catfish or Siluriformes products but exercises regulatory oversight over all other fish and fish products.

USDA has never taken that victory lap for taking catfish inspection away from FDA, but FSIS is featuring National Catfish Month on its website during August, making such points as these:

Scientifically referred to as Siluriformes, catfish are subject to food safety inspections by FSIS. This provides information and resources for producers and agricultural businesses to help them maintain compliance with federally defined regulations.

Overall, wild-caught and farm-raised Siluriformes fish are harvested and sold for human food in the United States.

Through the 2008 and 2014 Farm Bills, FSIS also inspects Siluriformes, including catfish, under the Federal Meat Inspection Act.

Congress almost changed its mind about which agency should regulate catfish. Catfish regulation was called one of the more “egregious examples of government waste” and duplication. The late Sen. John Mccain, R-AZ, opposed FSIS catfish regulations.

However, moving catfish regulation to FSIS prevailed, largely due to persistent lobbying by the Indianola, MS-based Catfish Farmers of America. The domestic farm group for those who raise catfish keeps close to the Gulf States congressional delegation.

Catfish production today is monitored by USDA. Three central producing states, Alabama, Arkansas and Mississippi, as of July 31, 2021, were using 53,200 acres of water surface for catfish production. That’s down about 3 percent from a year ago.

What fish are now under FSIS jurisdiction?

The following chart* lists some of the Siluriformes fish most commonly marketed in the United States. Please note that this list is not all-inclusive. Because common names of the fish can vary, reference the scientific name to determine whether the product is in the order Siluriformes … READ MORE/SEE CHART

NBC NEWS – The Department of Justice in New York on Thursday charged four men in the alleged smuggling of banned catfish into the United States.

According to the court complaint, the four worked with Asia Foods Distributor Inc. to smuggle large quantities of the banned catfish into New York City.

The importation of Siluriformes, a biological grouping that includes catfish, into the United States has been prohibited since 2017. Industry practices in the countries of origin can lead to questions of whether the fish meets U.S. health and safety guidelines.

Imported catfish is less expensive than U.S.-raised varieties, which means it’s cheaper to move through the food supply chain.

The banned catfish was listed on records as different, legal species of fish and never included in any invoices.

The defendants face up to 25 years in prison on charges of smuggling and conspiracy … SOURCE.