‘I Ain’t Doing It’: 3 Reasons For Vaccine Refusal 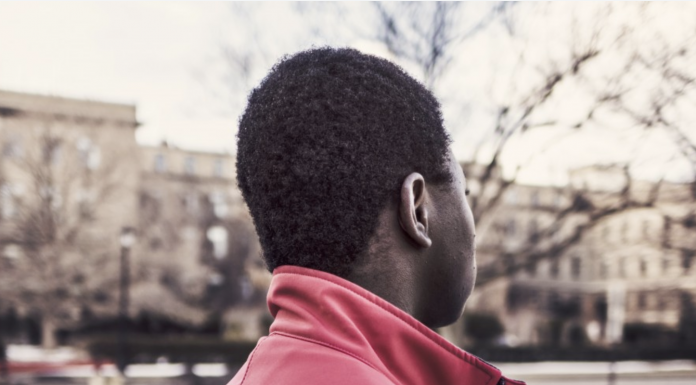 'I ain't doing it': In Louisiana, men less likely than women to get vaccinated, new data show

THE ADVOCATE – Marion Jackson sat on the bleachers at a basketball court in North Sherwood Forest Park on recent afternoon, watching the guys bet on who could make a long-distance, half-court shot.

Round after round, the guys went, picking up and putting down cash from their pockets as Jackson, 24, rested from his earlier role of rebounding stray balls from their mostly missed shots.

Though he said he believes a close family member died from COVID, Jackson, who works as a delivery driver, said he doesn’t plan to take one of the new coronavirus vaccines and doesn’t believe many of his friends on the court or elsewhere will being doing so either.

3 Reasons Men Give For Vaccine Refusal

The reason, he said, is trust — in the vaccine, in media and in government. “Ain’t nobody taking that b****,“ said Jackson, who lives near Denham Springs.

Since the vaccines began to roll out in Louisiana late last year, the state has seen a persistent gap in the numbers of men and women getting inoculated. The disparity has somewhat narrowed over time. Still, it remains more stark than nationwide figures.

Through Thursday, women made up 56.3% of Louisiana residents who have taken at least one shot compared to nearly 43.4% who are men, state statistics show. The difference is about a percentage point wider for completed vaccinations.

The nearly 13-percentage point gender gap in those who have taken at least one shot is about three-quarters greater than the difference in vaccinations for women and men nationwide, according to data from the U.S. Centers for Disease Control and Prevention.

General concerns offered by Jackson — he said he might take the vaccine if he had to, or if he were given significant cash, like $1,000 — echoed the thoughts of more than a dozen men interviewed in Baton Rouge-area bars, restaurants, courts and after-work hangouts in the past two weeks.

While hardly a scientific representation of local attitudes, a few said they had taken the vaccine, but more said they hadn’t and were reluctant to do so.

They said the vaccine had no long-term track record, while, at the same time, they believed their risk of serious consequences from the virus were very low … Click here to read more.

Covid-19 Vaccine Works, Even if Side Effects Differ for All, Doctors Say

Age and other factors may play a role, but scientists say the shots provide immunity, including in the absence of fatigue, chills or other symptoms

THE WALL STREET JOURNAL – Infectious-disease specialists are working to reassure people that they are still getting protection from Covid-19 vaccines, even if they don’t experience the flulike side effects that hit some people after vaccination.

Fatigue, chills and other symptoms in the days following vaccination are evidence that the vaccine is having the desired effect on the body’s immune system, according to public health officials.

The U.S. Centers for Disease Control and Prevention and the World Health Organization say on their websites that side effects mean the body is “building protection” against the coronavirus.

That message may lead some people to infer that the absence of side effects indicates that vaccination isn’t causing the body to build immunity to the virus. Yet infectious-disease doctors say most people get protection from the vaccines, even if they don’t experience side effects.

“I don’t think someone should correlate the extent of their reactions to the vaccine with protection from infection,” said H. Cody Meissner, chief of the pediatric infectious diseases division at Tufts University School of Medicine in Boston.

“We know that people who don’t respond to a vaccine in terms of the side effects still are well protected. The vaccines work even if you don’t have fatigue and headache and fever and muscle pain and joint pain.”

Experts say more research is needed to establish what vaccine-related side effects, or their absence, tell us about the strength of people’s immune responses. “There are just so many nuances in terms of how you respond,” said Kathryn Edwards, professor of pediatrics and a vaccine researcher at Vanderbilt University School of Medicine in Nashville, Tenn. … Click here to read more.