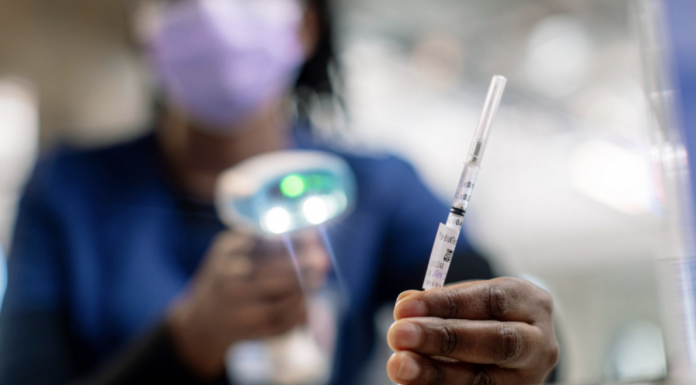 "I wish the number could be zero, but unfortunately, a small number of individuals have decided not to put their patients first."

USA TODAY – Scores of workers at a Houston hospital system have been suspended and face being fired for refusing the COVID-19 vaccination, a controversial company mandate that has drawn protests and an outcry from those facing termination.

“We are nearly 100% compliant with our COVID-19 vaccine mandate,” Boom said in an email to staff Tuesday. “Houston Methodist is officially the first hospital system in the country to achieve this goal for the benefit of its patients.”

Boom said that 27 of the 178 suspended workers have received one dose of vaccine and that he is hopeful they will get the second dose. All are suspended for two weeks and are set to be fired if they fail to be fully vaccinated.

“I wish the number could be zero, but unfortunately, a small number of individuals have decided not to put their patients first,” Boom said.

An additional 285 employees received a medical or religious exemption, and 332 were granted deferrals for pregnancy and other reasons, Boom said.

Amanda Rivera told KHOU-TV as she left the building Monday:

“I feel betrayed a little bit. I worked in the ER. It was crazy during the pandemic. We were short-staffed. The hospital was over capacity with patients. It was just a lot. Now for them to come and do this is like a slap in the face.”

Hospital workers across the nation risked their lives during the pandemic, and many died of the virus. Yet a recent USA TODAY survey of some of the largest hospital networks and public hospitals in the country reveal staff vaccination rates vary widely, from 51% to 91%.

Last week, Indiana University Health announced that it would require its 36,000 employees to be vaccinated against COVID-19 by September, calling the mandate a “safe and effective way to protect patients” and protect the community.

“Requiring vaccinations for health care employees is not new or unprecedented,” IU Health said in a statement … Click here to read more.