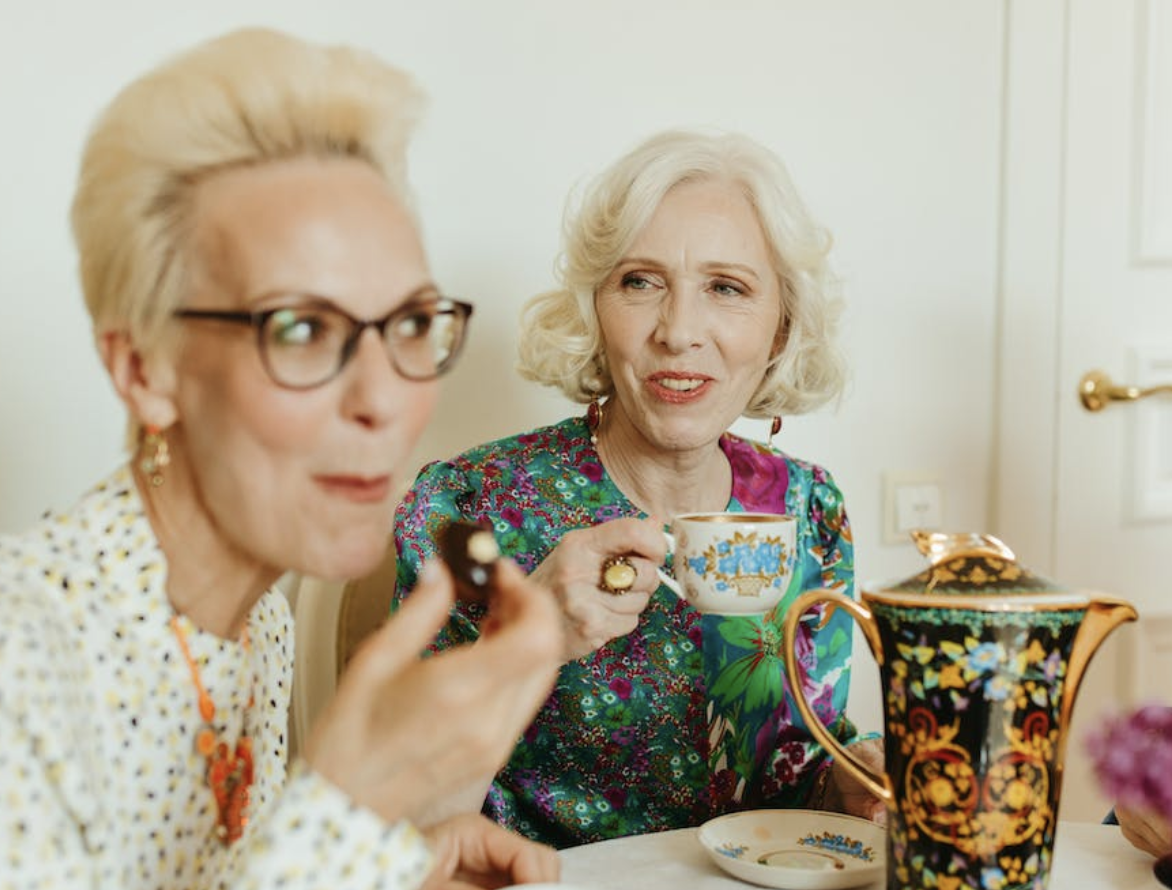 Increasing intake of protein and drinking regular cups of tea or coffee is a way women could reduce their risk of suffering a hip fracture, according to new research.

Food scientists at the University of Leeds have found that for women, a 25 grams a day increase in protein was associated with, on average, a 14% reduction in their risk of hip fracture.

[A single large egg is 50 grams. A three-ounce serving of chicken is 85 grams. A can of Bumble Bee Solid White Albacore Tuna in Water is 142 grams.]

In a surprise twist, they also discovered that every additional cup of tea or coffee they drank was linked with a 4% reduction in risk.

Writing in the journal Clinical Nutrition, the researchers noted that the protective benefits were greater for women who were underweight, with a 25g/day increase in protein reducing their risk by 45%.

The protein could come in any form: meat, dairy or eggs; and for people on a plant-based diet, from beans, nuts or legumes. Three to four eggs would provide around 25g of protein as would a steak or piece of salmon. 100g of tofu would provide about 17g of protein.

Just over 3% of the women in the study group experienced a hip fracture.

The investigation – Foods, nutrients and hip fracture risk: a prospective study of middle-aged women – is based on a large observational analysis of more than 26,000 women.

As an observational study, the researchers were able to identify associations between factors in diet and health. They could not single out direct cause and effect.

James Webster, a doctoral researcher in the School of Food Science and Nutrition at Leeds who led the study, said: “Across the world, the costs to individuals and societies caused by hip fracture are enormous.

“Hip fracture can often lead to other chronic illnesses, loss of independence, and premature death. In the UK, the annual cost to the NHS is between 2 to £3 billion.

“Diet is a factor that people can modify to protect themselves by maintaining healthy bones and muscles. This study is one of the first to investigate relationships between food and nutrient intakes and risk of hip fracture, with hip fractures accurately identified through hospital records.

“The results highlight which aspects of diet may be useful tools in reducing hip fracture risk in women, with evidence of links between higher protein, tea and coffee intakes and a reduced risk.”

Proteins are the basic building blocks of life and are needed to keep cells, tissues and muscles working properly as well as contributing to bone health.

The recommended protein intake in the UK is 0.8g per kilogramme of bodyweight per day, a limit some nutritional experts believe is too low. As the study revealed, people who had a higher protein consumption had a reduction in the risk of hip fracture. However, intakes of protein which are very high – where intake is greater than 2 to 3g of protein/kg body weight/day – can have negative health effects. The study was not able to explore these very high protein intake levels.

Professor Janet Cade, who leads the Nutritional Epidemiology Group at Leeds and supervised the research, said: “In the UK most people eat an adequate amount of protein, however, certain groups, such as vegetarians or vegans need to check that their protein intakes are high enough for good health.”

Women who are underweight may be more likely to have reduced bone mineral density and muscle mass. Increasing intakes of several foods and nutrients, especially protein, may help reduce hip fracture risk more in underweight women than in healthy or overweight women by helping to establish or restore bone and muscle health. However, the researchers note that this finding needs further research to confirm this.

Tea and coffee both contain biologically active compounds called polyphenols and phytoestrogens which may help to maintain bone health.

Professor Cade added: “This is an interesting finding given that tea and coffee are the UK’s favourite drinks. We still need to know more about how these drinks could affect bone health but it might be through promoting the amount of calcium present in our bones.”

The data used in the study came from the UK Women’s Cohort Study, which recruited participants between 1995 and 1998. At the time they entered the study, the women ranged between 35 and 69 years of age.

At recruitment, they were asked to fill out questionnaires about their diet and lifestyle. This information was then linked with hospital records over the following two decades, which revealed how many had suffered a hip fracture or had a hip replaced.

Foods, nutrients and hip fracture risk: A prospective study of middle-aged women by James Webster, Dr Darren C. Greenwood and Professor Janet E. Cade, all from the University of Leeds.