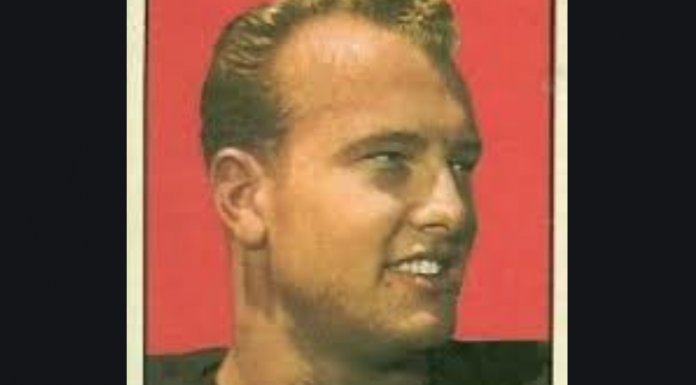 ESPN News Services – Paul Hornung, the “Golden Boy” who starred for Notre Dame in the 1950s and the Green Bay Packers in the 1960s, has died at age 84, the Louisville Sports Commission announced Friday.

Hornung, born Dec. 23, 1935, in Louisville, Kentucky, was one of only seven players to win the Heisman Trophy and be named NFL MVP by The Associated Press.

David Baker, the president and CEO of the Hall in Canton, Ohio, said:

“He was an outstanding player and an incredible man. Known as ‘The Golden Boy,’ Paul was above all a leader to whom the Packers looked for the big plays in the big games — especially during the team’s dynasty years under coach Vince Lombardi in the 1960s.

“We will forever keep his legacy alive to serve as inspiration for future generations. The Hall of Fame flag will be flown at half-staff in Paul’s memory.”

Hornung won the Heisman in 1956 while playing for a 2-8 Notre Dame team. In becoming the only player to win the award while starring for a losing team, Hornung led the Fighting Irish in passing, rushing, scoring, kickoff returns, punt returns and punting.

On defense, he led the team in passes broken up and was second in tackles and interceptions.

Hornung was chosen by the Packers No. 1 overall in the 1957 NFL draft, the first of nine future Hall of Famers selected that year.

Hornung — along with fellow Packers stars Bart Starr, Jim Taylor and Jerry Kramer, as well as innovative coach Lombardi — went on to lead the struggling franchise to the 1960 NFL title game, a 17-13 loss to the Eagles.

In that 1960 season, the star running back accounted for an NFL-record 176 points … Read more.