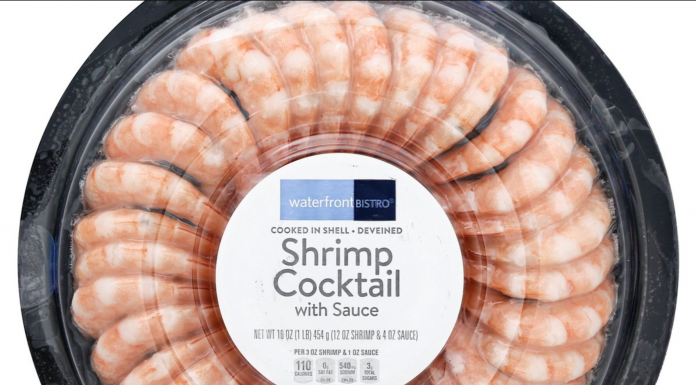 Food contaminated with Salmonella bacteria does not usually look, smell, or taste spoiled. Anyone can become sick with a Salmonella infection.

FOOD SAFETY NEWS – Officials say a Salmonella Weltevreden outbreak linked to imported, cooked, frozen shrimp is over, but they are concerned some consumers may have the shrimp on hand.

As of Sept. 21 the Centers for Disease Control and Prevention declared the outbreak over. At least nine people in four states were sickened.

Based on the Food and Drug Administration’s completed traceback investigation and sample results, frozen cooked shrimp manufactured by Avanti Frozen Foods of India were linked to this outbreak. Some have expiration dates reaching through 2022.

According to the FDA:

“The Indian fish and seafood industry [has] an annual export value of $4.6 USD billion. Frozen shrimp and prawns continued to be the leading export product … The Indian seafood export found its largest market in the United States.” – Worldatlas.com

“The FDA worked with Avanti Frozen Foods of India to ensure that potentially contaminated frozen cooked shrimp were removed from the market.

In March 2021, a shipment of Avanti Frozen Foods shrimp that was found to be contaminated with Salmonella at import was destroyed.

Avanti Frozen Foods was added to Import Alert 16-81 , which allows FDA to detain products at import without physical examination because of the presence of Salmonella.

“Of the 30 most polluted cities in the world, 21 of them are located in India.” – Most Polluted Countries 2021

Subsequent recalls followed. The recalled frozen, cooked shrimp should no longer be available for sale. However, the products have a long shelf life, and consumers, restaurants, and retailers should check their freezers and should throw away recalled shrimp. The expanded recall from Aug. 13, 2021 includes the following brands:

After Avanti Frozen Foods expanded its recall, downstream recalls were initiated for sushi products containing recalled shrimp, sold in the state of California:

Outbreak illnesses started on dates ranging from Feb. 26 to July 17, 2021. Sick people ranged in age from 30 to 80 years, with a median age of 60 years, and 56 percent were female. Of six people with information available, three were hospitalized. No deaths were reported.

State and local public health officials interviewed people about the foods they ate in the week before they got sick. Of the seven people interviewed, all reported eating shrimp before getting sick.

Food contaminated with Salmonella bacteria does not usually look, smell, or taste spoiled. Anyone can become sick with a Salmonella infection.

Anyone who has eaten any recalled sushi or shrimp and developed symptoms of Salmonella infection should seek medical attention.

Sick people should tell their doctors about the possible exposure to Salmonella bacteria because special tests are necessary to diagnose salmonellosis. Salmonella infection symptoms can mimic other illnesses, frequently leading to misdiagnosis.

NBC NEWS – The hospital became the target in recent weeks of activists who made a variety of false claims about medical treatment provided...

Blueberries – A High Levels of Antioxidants

“It Was Never My Intention to Hit Her in the Head.” The Man Who Threw A Toy at Lady Gaga’s Head Speaks Out

Footage of John Fetterman Reveals a Man Who Is Not Alright