When Bars Reopen In All 50 States 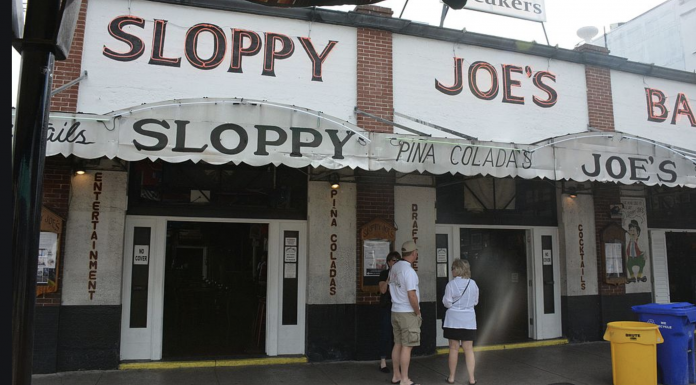 ORLANDO, Fla. – Gov. Ron DeSantis announced Wednesday that the majority of the state would take another step in his reopening plan and move to phase two during an address at Universal Orlando. DeSantis said:

“Today as we take another step, we’re applying this to the 64 counties, and obviously going to work with the three southeast Florida counties, as we go forward. This is going to be signed today, and it will take effect this Friday.”

Phase two excludes Miami-Dade, Broward and Palm Beach counties out of the state’s total of 67 counties.

DeSantis said he would work with the three southeast counties to bring them up to speed with phase two of reopening in time.

Here’s When Bars Reopen In All 50 States

DeSantis said the major difference Floridians will see under phase two is their ability to dine out and seek entertainment will be expanded. Bars will also be allowed to open.

“In our phase two, we will be going with bars being able to operate consistent with this guidance diminished standing room occupancy so basically outdoor seating with social distance, a certain amount indoors, but you’re seated to get served. I mean … go enjoy. Have a drink. It’s fine. We want to kind of not have huge crowds piling in.”

Under phase two, bars and pubs may operate at 50% capacity inside and full capacity outside for dine-in service.

The governor will also allow movie theaters and entertainment venues to open with 50% capacity.

“Movie theaters, and bowling alleys, they have a 50% capacity appropriate social distancing and sanitation protocols. Those have not been operating up to this point, you know they now have a pathway to do that,” DeSantis said … Read more.