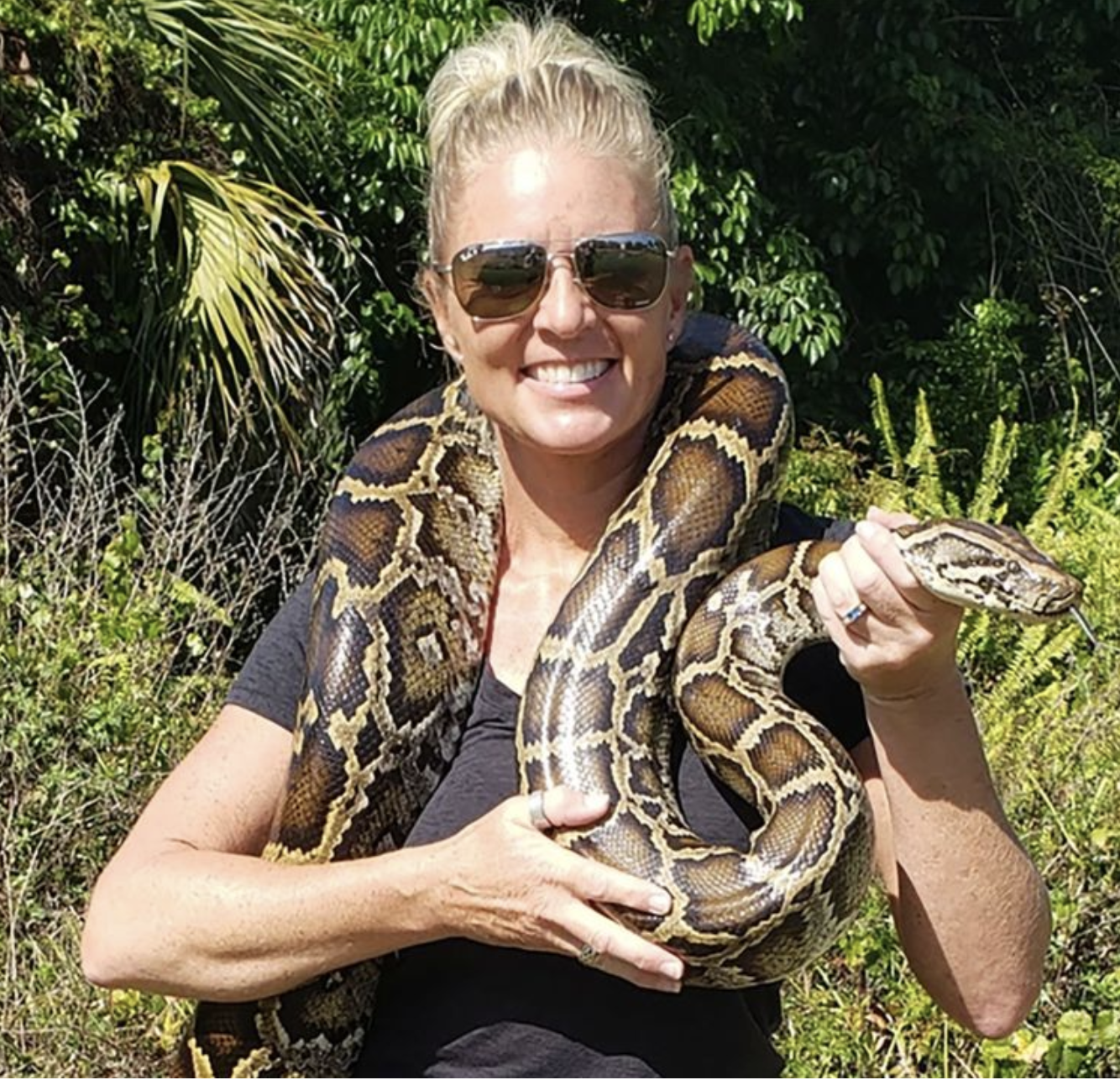 "Come down in August and kill these f***ing snakes." – Oh_great_its_LT, Reddit

CNN – Deer, raccoons, possums and fox once flocked the Everglades.

Nowadays, you’re lucky if you spot one mammal in the area, according to wildlife experts.

Who’s to blame for this decline in wildlife? The invasive species known as Burmese pythons.

To help combat this problem for Florida’s ecosystem, snake hunters are congregating  for the Florida Python Challenge. The event, created by the Florida Fish and Wildlife Conservation Commission, started in 2013.

According to the commission, these reptiles were detected as early as 1979 in Florida.

“The impact that these invasive animals are having on our wildlife is astounding and every one we eliminate from our natural ecosystem is a step in the right direction”. – Professional python hunter Donna Kalil

“They were introduced to Florida through accidental and intentional release through the pet trade,” a spokesperson with the commission told CNN on Friday.

Since then, they’ve killed and continue to pose a major threat to wildlife.

The event brings hundreds of professional snake hunters to the Everglades to hunt and kill the reptiles. As of Friday, more than 850 people had signed up, the commission said.

The hunter who brings back the most pythons wins $2,500. Last year, participants killed more than 200 pythons.

Aside from the challenge, year-round removal efforts are still in play. Since 2000, more than 17,000 pythons have been removed and reported, according to the commission.

Among the many partaking in the challenge this year are Siewe and Donna Kalil.

Kalil told CNN he has been professionally hunting the reptiles since 2017. Siewe was hired in 2019.

Florida Gov. Ron DeSantis has been an avid fan of the python challenge. In a June press release, he said, “I am proud of the progress we’ve made, and I look forward to seeing the results of this year’s Python Challenge.”

In fact, his wife, Casey DeSantis, said in a press conference Friday that her 10-year anniversary gift to the governor was a pair of python skin boots. READ MORE.