Fecal Parasites Keep Showing Up In US Produce 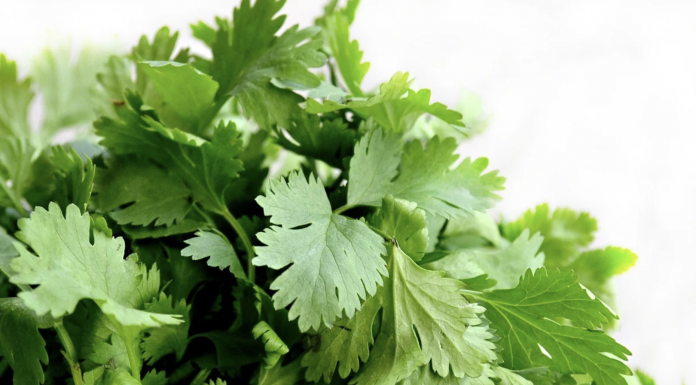 "Cyclospora is spread by people ingesting something — such as food or water — that was contaminated with feces."

FOOD SAFETY NEWS – The increasing prevalence of a foodborne parasite has spurred the FDA to develop an action plan for dealing with Cyclospora contamination, with a special focus on fresh produce.

The Food and Drug Administration unveiled the plan yesterday, July 1, referencing the first known contamination in U.S. produce in 2018, as well as an outbreak that year traced to McDonald’s salads.

However, a statement issued with the plan does not mention a recall initiated this past week by Dole involving domestic blueberries found to be contaminated with the parasite. The U.S. blueberries are under recall in the United States and Canada, but no illnesses have yet been confirmed.

To develop the “Cyclospora Prevention, Response and Research Action Plan,” an FDA task force particularly focused on 2018-2020. Frank Yiannas, FDA deputy commissioner for Food Policy and Response, said part of the increase in Cyclospora detection and illnesses is likely because of advances in testing.

According to the Centers for Disease Control and Prevention there have been roughly 6,000 domestically-acquired cases of cyclosporiasis during the past three years. The number is not representative of the actual number of infections — which is expected to be much higher — because many sick people do not seek medical treatment or testing.

Before 2018 in the United States only imported fresh produce had been found to be contaminated with the parasite. Another factor in the increased number of positive tests in foreign and domestic produce is a special program the FDA implemented in 2018.

“Using a testing method developed by FDA scientists, C. cayetanensis (the parasite that causes infection in humans) was first found in domestically grown produce, cilantro, during a 2018 surveillance sampling assignment not associated with an outbreak,” according to the FDA announcement about the new action plan. “Not long after, C. cayetanensis was again detected during an outbreak linked to a bagged salad mix used by McDonald’s restaurants made with ingredients that primarily came from domestic growers.”

Even without the new action plan the FDA began implementing measures to control the number of infections. FDA took samples of imported produce, inspected foreign farms and created import alerts in response to adverse findings. Import Alerts are guidance to FDA’s field staff, as well as industry, that the agency has enough evidence to allow for Detention Without Physical Examination (DWPE) of products that appear to be in violation of the FDA’s laws and regulations.

Under the action plan, which is modeled after our Leafy Greens Shiga toxin-producing E. coli (STEC) Action Plan, the Cyclospora plan focuses on improving prevention, enhancing response activities and filling knowledge gaps in order to help prevent Cyclospora contamination of foods and to help prepare for responding to future outbreaks, according to a statement from Susan Mayne, director of FDA’s Center for Food Safety and Applied Nutrition.

The plan task force comprises multidisciplinary experts across FDA and CDC with the goal of reducing the public health burden of foodborne illness caused by Cyclospora in produce. The task force developed the plan as a strategic guide through three priority areas: improving prevention, enhancing response activities, and filling knowledge gaps.

Cyclospora cayetanensis is a parasite composed of one cell, too small to be seen without a microscope. It causes an intestinal infection called cyclosporiasis, according to the CDC.

Cyclospora is spread by people ingesting something — such as food or water — that was contaminated with feces. The contamination can be very small amounts, invisible to the naked eye. Cyclospora typically needs at least one to two weeks after being passed in a bowel movement to become infectious for another person. Therefore, it is unlikely that Cyclospora is passed directly from one person to another. People can get infected with Cyclospora more than once.

The time between becoming infected and becoming sick is usually about one week. Cyclospora infects the small intestine and usually causes watery diarrhea, with frequent, sometimes explosive, bowel movements.

Other common symptoms include loss of appetite, weight loss, stomach cramps/pain, bloating, increased gas, nausea, and fatigue. Vomiting, body aches, headache, fever, and other flu-like symptoms may be noted. Some people who are infected with Cyclospora do not have any symptoms.

If not treated, the illness may last from a few days to a month or longer. Symptoms may seem to go away and then return one or more times. It’s common for infected people to feel very tired.

The recommended treatment is a combination of two antibiotics, trimethoprim-sulfamethoxazole, also known as Bactrim, Septra, or Cotrim. People who have diarrhea should also rest and drink plenty of fluids. No highly effective alternative drugs have been identified yet for people with Cyclospora infection who are unable to take sulfa drugs. Medical providers can discuss other treatment options with patients.