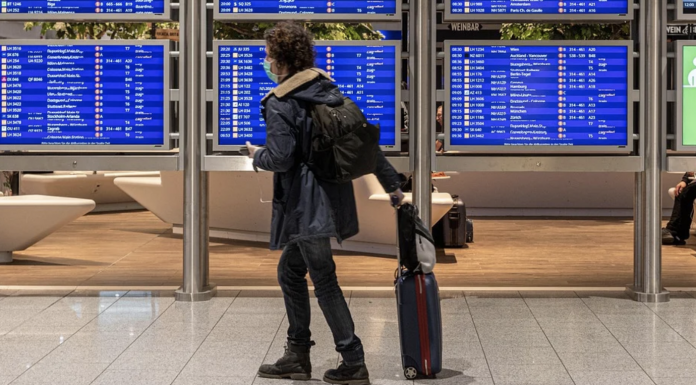 THE HILL – The Federal Aviation Administration (FAA) announced Tuesday that it had fined a passenger $10,500 for refusing to wear a face mask during a February flight.

In a press release, the agency said that a passenger had taken an Allegiant Air flight on Feb. 27 and allegedly refused to wear the mask properly over both his nose and mouth.

The penalty is one of several the FAA announced on Tuesday, which were taken as part of its zero tolerance campaign over unruly passenger behavior.

In its Tuesday announcement, the agency said it had fined nine passengers in situations where passengers refused to wear a face mask, consumed alcohol they had brought onto the plane and assaulted passengers or flight crew … Click here to read more.

“The FAA is strictly enforcing a zero-tolerance policy toward passengers who cause disturbances on flights, fail to obey flight crew instructions in violation of the FAA’s regulations, or engage in conduct proscribed by federal law.”

WASHINGTON – The U.S. Department of Transportation’s Federal Aviation Administration (FAA) released a new public service announcement and levied $119,000 in civil penalties against passengers for alleged violations of federal regulations as part of its Zero Tolerance efforts against unruly behavior.

As part of the FAA’s Zero Tolerance campaign, the web video features children explaining how to behave on a plane and expressing their disgust about increased unruly passenger behavior.

The cases involve assaulting the flight crew and other passengers, drinking alcohol brought aboard the plane and refusing to wear facemasks.

Since Jan. 1, 2021, the FAA has received approximately 3,271 reports of unruly behavior by passengers, including about 2,475 reports of passengers refusing to comply with the federal facemask mandate. We have identified potential violations in 540 cases and have initiated enforcement action in 83 cases. During the same timeframe, the FAA has proposed more than $682,000 in fines against unruly passengers, including today’s cases.

The cases are as follows:

The Centers for Disease Control and Prevention (CDC), the Transportation Security Administration (TSA), and the U.S. Department of Transportation (DOT) reminded the traveling public on May 14 that if you travel, you are still required to wear a mask on planes, buses, trains, and other forms of public transportation traveling into, within, or out of the United States. Masks are also required in U.S. transportation hubs such as airports and stations.

Federal law prohibits interfering with aircraft crew or physically assaulting or threatening to physically assault aircraft crew or anyone else on an aircraft. Passengers are subject to civil penalties for such misconduct, which can threaten the safety of the flight by disrupting or distracting cabin crew from their safety duties. Additionally, federal law provides for criminal fines and imprisonment of passengers who interfere with the performance of a crewmember’s duties by assaulting or intimidating that crewmember.

The FAA is strictly enforcing a zero-tolerance policy toward passengers who cause disturbances on flights, fail to obey flight crew instructions in violation of the FAA’s regulations, or engage in conduct proscribed by federal law.

The passengers have 30 days after receiving the FAA’s enforcement letter to respond to the agency. The FAA does not identify individuals against whom it proposes civil penalties. SOURCE.