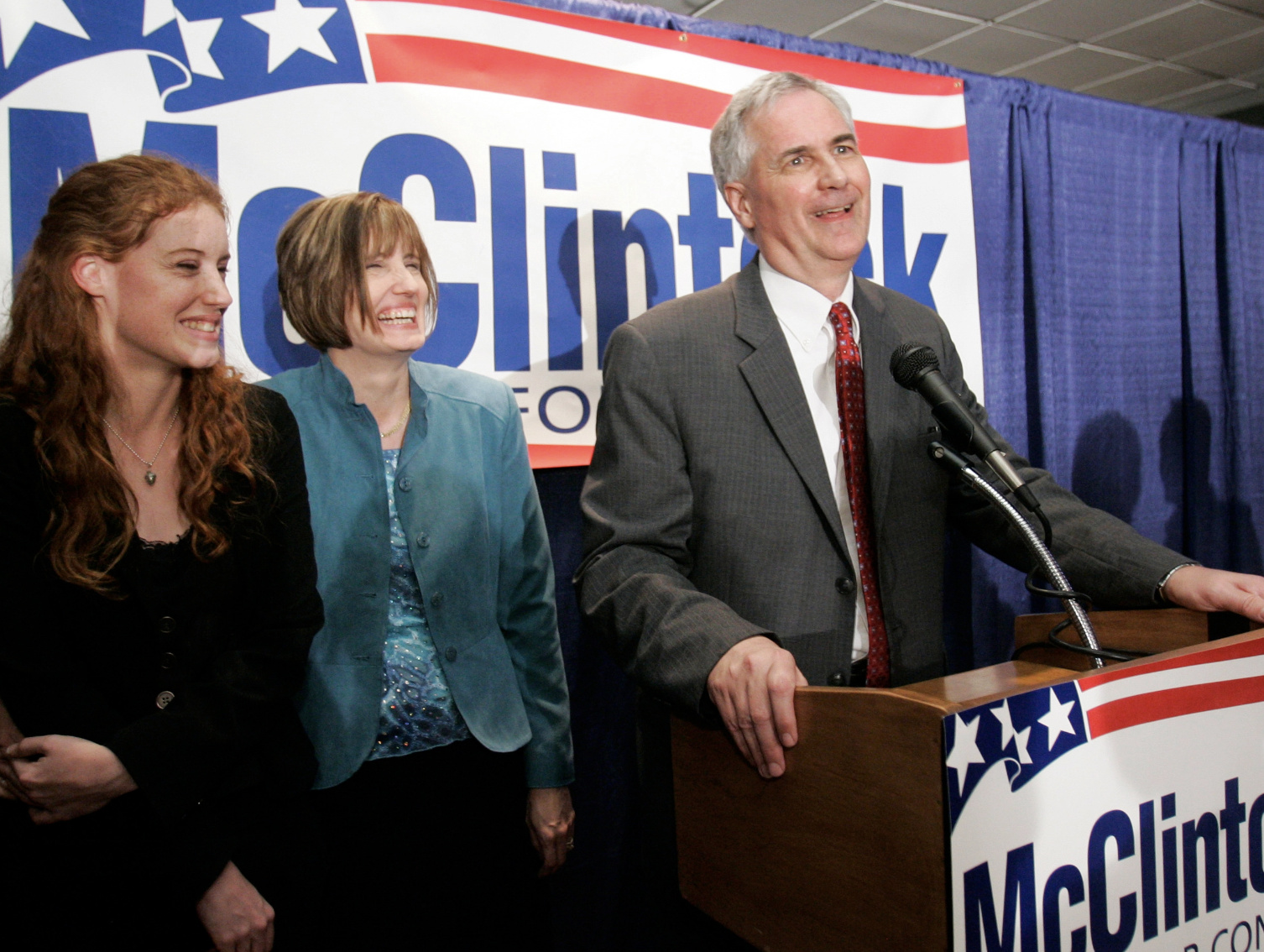 SACRAMENTO, Calif. — Scientists, doctors, and pathologists are questioning the Sacramento County coroner’s conclusion that Lori McClintock’s death was related to white mulberry, a plant that has been used as an herbal remedy for centuries — and one that the coroner’s botanical consultant called “not toxic” in a letter to her office.

McClintock, the wife of U.S. Rep. Tom McClintock (R-Calif.), died suddenly in December from dehydration due to gastroenteritis — an inflammation of the stomach and intestines — that was caused by “adverse effects of white mulberry leaf ingestion,” according to a report from the Sacramento County coroner. The coroner ruled the death an accident.

But Sacramento County Coroner Kimberly Gin has not explained — nor provided records that explain — why she determined white mulberry leaf led to the dehydration that killed McClintock at age 61, fueling skepticism among a variety of experts.

A “partially intact” white mulberry leaf was found in Lori McClintock’s stomach, according to the autopsy report. But there is no other reference to her use of white mulberry leaves, supplements, extracts, powders — or any other method of ingesting the plant — in the documents the coroner’s office has released relating to the case.

“It would take literally bushel baskets of white mulberry leaves to cause some type of untoward effect. And even then, you don’t see anything lethal,” said Bill Gurley, principal scientist at the University of Mississippi’s National Center for Natural Products Research, which collaborates with academic, government, and industry officials to research and develop natural products.

Gurley, an expert in herb and drug interactions, called white mulberry leaf — which has been used for a variety of ailments, including diabetes, high blood pressure, and obesity — “probably one of the safest leaves in the world” and said “its track record for safety is unsurpassed.”

“I’m just scratching my head as to how in the world they could jump to the conclusion that this lady passed away by ingesting, at least as far as we know, only one mulberry leaf,” he said.

Dr. Mary Hardy, who founded the integrative medicine clinic at Cedars-Sinai Medical Center in Los Angeles and researched the safety of some alternative medicines and therapies for the now-closed UCLA Center for Dietary Supplements Research in Botanicals, said the coroner’s conclusion is “not convincing.”

“The proximate cause of death is not supported” by the available records, Hardy said.

Gin, contacted through Sacramento County spokesperson Kim Nava, repeatedly declined interview requests from KHN and has refused to provide information that explains how her office concluded that a partial white mulberry leaf contributed to McClintock’s death.

The leaves and fruit of the white mulberry tree, native to China, have been used for centuries in traditional medicine. Academic studies over the past decade have found that the extract from its leaves can lower blood sugar levels and help with weight loss. People take it in capsule or pill form, as an extract or powder. They can also eat the young leaves raw or brew leaves as an herbal tea.

It’s unclear how McClintock ingested the white mulberry leaf — whether she ate it raw or drank it in a tea — and where she got it.

Tom McClintock, a Republican who represents a district that spans multiple counties in central and Northern California, found his wife unresponsive at their Elk Grove, California, home on Dec. 15, 2021, according to the coroner’s report. He has not responded to repeated requests for comment.

At his wife’s funeral in January, Tom McClintock told mourners she was fine when he spoke with her the day before she died. But according to the coroner’s report, the day before her death “she had complaints of an upset stomach.”

McClintock also told mourners that “she was carefully dieting” and that “she just joined a gym.”

KHN obtained the coroner’s report, dated March 10, in addition to the autopsy report and death certificate, in July and reported the findings in August.

The coroner’s office tested McClintock’s body for the flu, other respiratory viruses, and covid-19. None were detected. It also commissioned independent lab tests that showed McClintock’s body had elevated levels of urea nitrogen, sodium, and creatinine — all signs of dehydration, according to five pathologists interviewed by KHN. Just one of them said it was plausible that white mulberry leaf could have contributed to the dehydration.

All the pathologists said that the coroner’s publicly released documents didn’t provide a complete picture of how McClintock died and that it didn’t include key details such as what the coroner’s office found at the house, and whether McClintock might have been taking any medications or supplements.

“The indication that there may be some dehydration is true. They don’t really have much else to go with,” said Dr. Gregory G. Davis, director of the forensic division of the University of Alabama-Birmingham’s Department of Pathology and chief coroner-medical examiner for Jefferson County, Alabama.

“I don’t know that mulberry leaf necessarily played any role in the death,” Davis said, adding, as other experts did, that it’s not considered toxic.

“She seemed, looking at her autopsy results, like she was reasonably healthy, and you wouldn’t have really expected her to die at this time. So that’s already made it a difficult case because it’s not obvious.”

Dr. James Gill, chair of the College of American Pathologists’ Forensic Pathology Committee and chief medical examiner of Connecticut, added it can take days for someone to die of dehydration. One leaf alone, which hadn’t been fully digested, a process that usually takes only a couple of hours, would not “have contributed to death,” he said.

“It takes about at least a week or so for someone to die from not drinking from dehydration,” Gill said. Based on the available records, “there are some things that really don’t fit.”

Gill said he would have ruled McClintock’s death a natural death of unknown causes, which happens in about 5% of his death investigations.

No deaths from the white mulberry plant have been reported to poison control officials in the past 10 years, according to the American Association of Poison Control Centers. Two cases of people who may have been sickened by mulberry supplements have been reported to the FDA since 2002, according to its database that tracks “adverse events.” FDA spokesperson Lindsay Haake declined to say whether the agency is looking into the case because it does not disclose investigations.

After KHN broke the story about McClintock’s cause of death, the coroner’s office released a couple of additional documents, including a Dec. 29, 2021, letter from Alison Colwell, curator of the University of California-Davis Center for Plant Diversity. The coroner had asked Colwell to identify the 1 1/8-inch-by-1 7/8-inch leaf fragment found in McClintock’s stomach during the autopsy.

Colwell identified it as white mulberry and concluded, based on its flexibility and “some green color,” that it “was likely ingested when fresh,” her letter said.

Although white mulberry trees are common in the Sacramento region, she noted that their leaves in December are “tough, yellowing and have mostly fallen off of the trees.”

“I compared the specimen to lethally toxic species that are known to be planted or are native in the Sacramento area and found no matches,” her letter said. Colwell declined an interview request.

“It’s been used as a food, used as a medicine,” said Rick Kingston, a clinical professor at the University of Minnesota’s College of Pharmacy. He’s also co-founder of SafetyCall International, a company that helps the supplements industry and other clients log and track adverse events related to their products.

The American Herbal Products Association, which represents herbal growers and manufacturers, commissioned Kingston to review McClintock’s case. “I see a lot of autopsy reports,” Kingston said. “I have to admit this was pretty sparse in terms of supporting data.”

Several plant specialists also question whether the leaf found in McClintock’s stomach was white mulberry. Élan Sudberg, CEO of California-based Alkemist Labs, which conducts botanical plant testing for the supplements industry and other clients, said Colwell’s letter lacks details of her assessment of the leaf that would help others reading the report definitively identify it as white mulberry. Either that, he said, or the leaf wasn’t white mulberry.

He said the coroner should release more information, reopen the case, and conduct more rigorous tests.

“I’d love to see a reexamination and understand why they went to the conclusion that she died from a basically inert leaf,” Sudberg said.