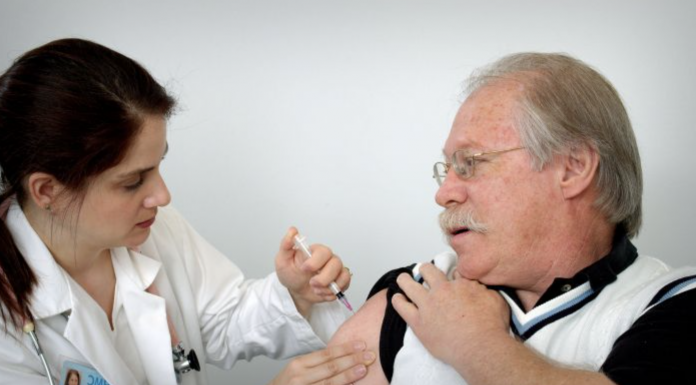 Pioneer Press – This week, some 35,000 Minnesotans 65 and older will receive a dose of the coronavirus vaccine.

About 100 will likely be dead within a month, statistics suggest.

But not because of the vaccine. Because people die, especially older people.

There are still cancers, heart attacks and a myriad of other potential causes.

The challenge for public health officials is to avoid even a few of those inevitable deaths being seized upon as evidence that the COVID-19 vaccines are dangerous, or even killers.

There is no evidence at this point that either the Pfizer/BioNTech or Moderna vaccines — the two that have been injected into the arms of millions of Americans — carry any hazards, except occasional allergic reactions that can be countered by common medicines on hand at vaccination sites.

“Vaccination opponents cling to falsehoods and often exploit a false appearance of cause-and-effect when one thing follows another.”

Nonetheless, a portion of the public remains jittery about a brand new vaccine that has yet to undergo any long-term testing — and conceivably could cause problems that scientists aren’t yet aware of.

Some health officials, intent on getting an overwhelming majority of the public inoculated, worry that the jittery group could be targeted by misinformation campaigns, especially by vaccination opponents who cling to falsehoods and often exploit a false appearance of cause-and-effect when one thing follows another.

This is especially likely now that vaccines are being widely administered to the oldest citizens, who, statistically speaking, are the most likely to die by sheer virtue of their age.

Michael Osterholm, who served on President Joe Biden’s transition COVID advisory panel, has been among those warning about the scenario since December.

“If one person dies and it gets into the media, there’s a very good chance other people will see it, and they will say, ‘Wait a minute, my grandmother died a week later, too.’ And soon you have lots of deaths, and they’re all real, but they weren’t because of the vaccine,” said Osterholm, the director of the University of Minnesota’s Center for Infectious Disease Research and Policy.

When baseball legend Hank Aaron died Jan. 22, 17 days after publicly being vaccinated, anti-vaxxers, led by Robert Kennedy Jr., sought to connect the two, based on nothing more than the two events, in widely shared social media posts …