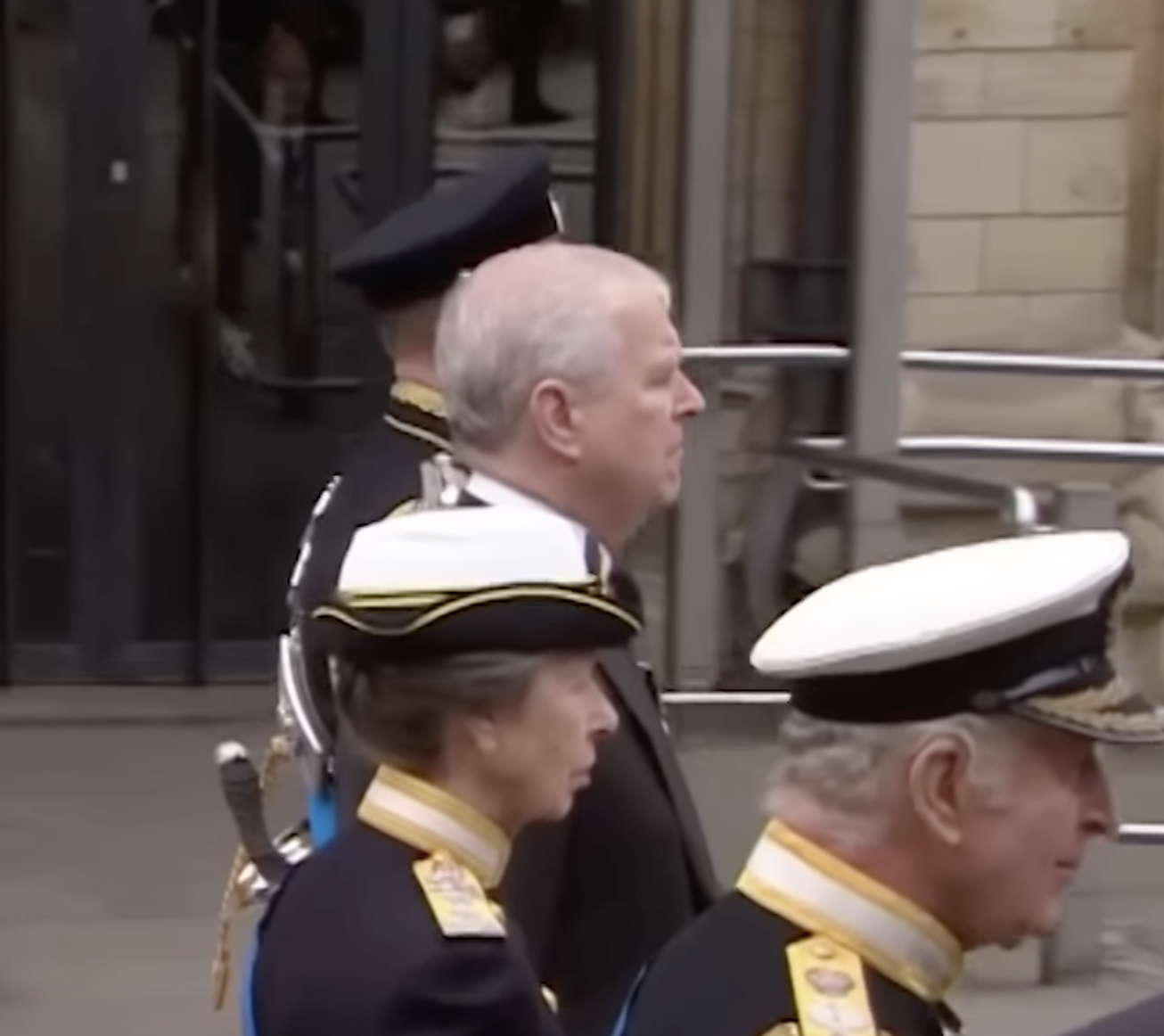 WHATSUPTODAY – Prince Andrew was heckled Monday as he walked behind the coffin of his mother, Queen Elizabeth II, through the streets of Edinburgh, Scotland, on the way to a service of thanksgiving for her life.

The outburst from a member of the public occurred during a procession from the Palace of Holyroodhouse, where the queen’s body was transferred from Balmoral Castle on Saturday, to St. Giles’ Cathedral before the service.

During official coverage of the procession, a young man was recorded yelling “Andrew! You’re a sick old man!” before the audio was faded out by broadcasters.

The unidentified man was dragged out of the frame of the cameras by an unknown person or persons, with members of the crowd shouting “God save the king” after the outburst.

Andrew was walking alongside his brothers, King Charles III and Prince Edward, and his sister, Princess Anne, in the procession. All three of the prince’s siblings were dressed in armed forces uniforms.

But he was not, having been stripped of his military patronages and roles in February by his mother following a sexual assault scandal resulting from a lawsuit filed by Jeffrey Epstein accuser Virginia Giuffre the previous year.

This scandal was the expected cause for the outburst during the possession. Andrew’s public image has suffered almost irrecoverably from the fallout, and he has become the most unpopular member of the royal family, according to polling in May. His net positive favorability percentage was -80.

The next most unpopular member of the family, according to YouGov, is Meghan Markle, with a net positive favorability percentage of -42.

Andrew stepped down temporarily from public life in 2019 following a disastrous interview on BBC’s Newsnight. He was questioned about his associations with the recently deceased Epstein, a U.S. financier charged with a series of sexual crimes involving underage girls.

During the interview, Andrew tried to distance himself from Epstein, but he also called the financier “extraordinary” and described his dinner parties in an uncomfortably positive manner for some viewers.