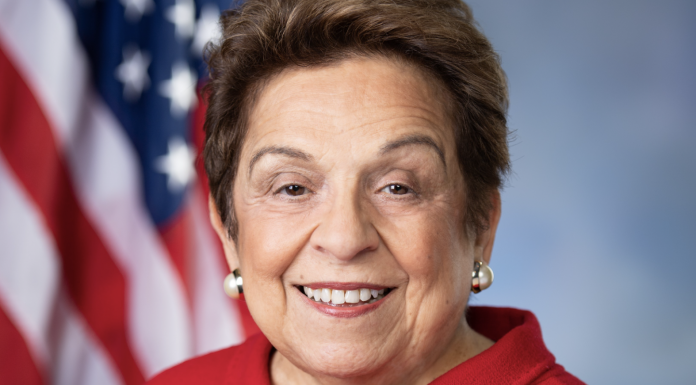 Shalala’s loss to Maria Elvira Salazar — a Republican and former television journalist who compared Democratic policy proposals to leftist oppression in countries like Cuba while campaigning in the Miami district — was a notable upset for House Democrats.

While Democrats held onto control of the House, so far they have fallen short of expectations that they would secure an even stronger majority there.

Political forecasters like The Cook Political Report had projected it was “likely” Shalala would win. She lost 48.6% to 51.3%.

In the final weeks of the campaign, Shalala, 79, and Salazar, 58, traded attack ads that touched on the election’s significance for health care.

Salazar pointed to Shalala’s failure to disclose stock trades in violation of federal law. She also accused the representative, who was appointed to the federal commission overseeing the distribution of coronavirus relief to small businesses, of not doing enough for her constituents during the pandemic.

Shalala came to Congress in 2018, helping Democrats reclaim the House of Representatives on promises to defend the Affordable Care Act and popular consumer protections for those with preexisting conditions.

But 2020 is proving a much different election year. A political rematch after Shalala defeated Salazar two years ago, this election appeared to hinge on issues beyond health care coverage and affordability.

Early reports signal Shalala was not the only casualty of a strong showing by Republicans in the Miami-Dade area of South Florida.

Shalala first won the seat after it was vacated by Ileana Ros-Lehtinen, a retiring Republican who had held it for 30 years, including when her district went for Clinton in 2016.

At the time, it was seen as a vulnerability that Shalala did not speak Spanish while seeking to represent a heavily Latino district. Salazar, who worked for the Spanish-language news channel Univision, often campaigned in Spanish.

During her two years in Congress, Shalala served on the House Committee on Education and Labor and its subcommittee that addressed health issues, as well as the House Rules Committee — a sign of her favor with Democratic leaders.

After the Rules Committee held a hearing on a “Medicare for All” proposal in 2019, Shalala referred to it as “the first step in exchanging ideas on how we move toward universal health coverage.” But she also expressed concerns that Medicare is “not as good” as many private insurance plans and that some constituents would prefer to keep their plans.

“Why should we spend money when people have good private health insurance?” she told C-SPAN. “We need to cover those that don’t have coverage now.”

When President Bill Clinton appointed Shalala as the nation’s top health and human services official in 1993, she was seen as a controversial pick, too liberal for some. As chancellor of the University of Wisconsin in Madison, she had encouraged the school to adopt a speech code intended to restrict hate speech, a move later ruled unconstitutional in federal court.

Shalala served as health secretary until 2001, becoming president of the University of Miami until 2015 and then head of the Clinton Foundation until 2017.

Kaiser Health News (KHN) is a national health policy news service. It is an editorially independent program of the Henry J. Kaiser Family Foundation which is not affiliated with Kaiser Permanente. Subscribe to KHN’s free Morning Briefing.

Tampa Bay Times – Florida Democrats tried to paint President Donald Trump as the man who would repeal the Affordable Care Act and place millions of people with pre-existing conditions at risk. He won, and so did other Republicans who oppose Obamacare.

Floridians flock to the federal health-insurance exchange in higher numbers than any other state, but Obamacare-supporting political candidates, including incumbents and hopefuls, got beat in key state and federal races Tuesday.

Florida Democrats during the campaign tried unsuccessfully to paint President Donald Trump as the man who would repeal the Affordable Care Act and place millions of people with pre-existing conditions at risk, but Trump defeated Democratic challenger Joe Biden in the state, capturing more than 51 percent of the vote.

“When the policies are separated from the candidates, the partisanship, the racism, whatever else you want to throw at the wall, health care policies are popular, similar to the minimum wage being popular. It’s just been a failure of Democrats to make it an urgent economic issue that has credibility,” said Democratic media consultant Kevin Cate, whose clients this election cycle included U.S. Rep. Charlie Crist, D-Fla., and state Senate candidate Loranne Ausley, D-Tallahassee, both of whom won their races.

“Whether that’s entirely the Democratic Party’s fault or the fault of voters being persuaded one way or another from advertising, or disinformation, it’s still a problem in Florida.”

Shalala headed the U.S. Department of Health and Human Services during the Clinton administration and is a staunch supporter of the law often called Obamacare.

She was defeated Tuesday by former television reporter Maria Elvira Salazar, a Republican who in 2017 supported a House Republican tax proposal that would have made deep cuts to the Medicaid program. But in the run-up to this year’s election, Salazar took a nuanced stance on Obamacare, telling the Miami Herald that she would not vote to repeal it without first having something to take its place.