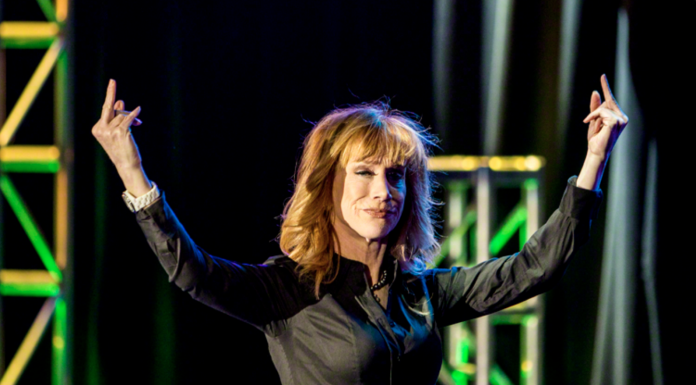 Fox News – Kathy Griffin was called out on Twitter Tuesday after suggesting that President Trump should take an empty syringe “with nothing but air.”

As first reported by the Washington Examiner, Griffin had a graphic response to remarks President Trump made at a White House event dedicated to seniors suffering from diabetes, where he jokingly asked if he should be on “insulin.”

“Syringe with nothing but air inside it would do the trick. F— TRUMP,” the comedian reacted.

The Examiner pointed out that “in medical procedures, air accidentally injected into the body’s bloodstream through syringes or IVs can cause air embolisms, which can be fatal.”

Griffin later doubled down on her tweet, responding to a tweet from the Examiner that noted that the injection of an air-filled syringe could be “fatal.”