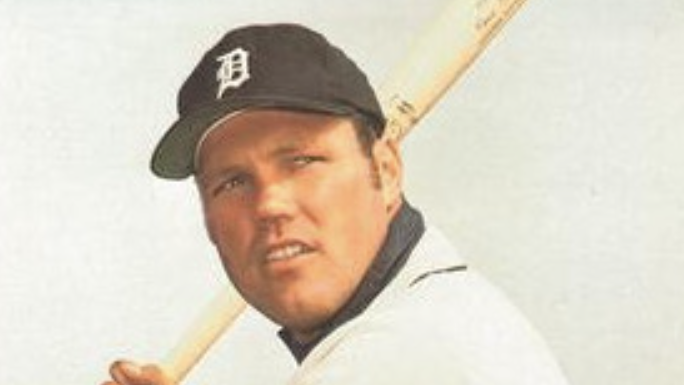 Bill Freehan, a 15-season catcher for the Detroit Tigers who neared the Hall of Fame threshold, died Thursday after a long bout with Alzheimer’s disease. He was 79.

He grew up in Royal Oak, played football and baseball at the University of Michigan, then broke in at age 19 with the Tigers, helping them to a world championship in 1968 he secured after catching Tim McCarver’s pop-foul for the final out of the seventh-game epic against St. Louis.

Earlier in the series, in Game 5, Freehan made a pivotal block of Lou Brock at the plate to turn the momentum in the Tigers’ favor.

The two images — the block and jumping into Mickey Lolich’s arms after the final out of Game 7 — are two of the most-famous in franchise history. The photo of the Lolich embrace long hung in Freehan’s home.

Freehan was a stolid, impenetrable force behind home plate for the Tigers during the ‘60s and early ‘70s, catching Denny McLain during his 31-victory season in ’68, as well as Lolich, whose mastery and endurance during those years matched Freehan’s.

It was Lolich who threw the final pitch that brought on a World Series parade following a stunning comeback against the Cardinals.

Freehan was an 11-time All-Star choice, and three times finished in the top five on Most Valuable Player voting, including a runner-up finish to McLain in 1968.

Willie Horton, whose Tigers tenure coincided with Freehan’s, said in a statement:

“Bill Freehan was one of the greatest men I’ve ever played alongside, or had the pleasure of knowing. I’ll always cherish our childhood memories together and our journey from sandlot baseball to Tiger Stadium … ” SOURCE.