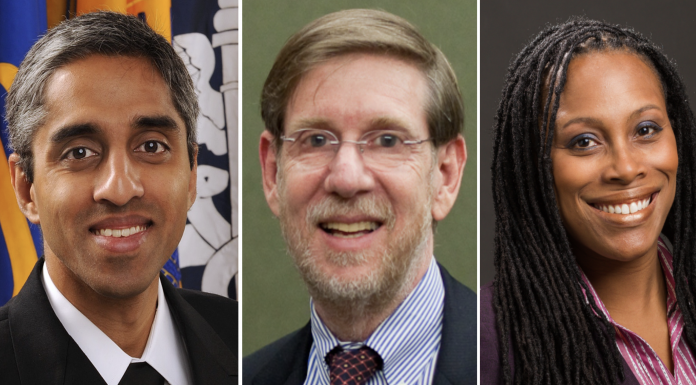 STAT NEWS — President-elect Joe Biden has turned to three prominent physicians to lead his coronavirus task force who have collectively signaled that they will approach the pandemic far differently than the Trump administration, which they have criticized for mixing politics with science.

A top Biden aide on Sunday announced the two co-chairs of the incoming administration’s task force: Vivek Murthy, the former U.S. surgeon general, and David Kessler, the former commissioner of the Food and Drug Administration.

Though the Biden campaign did not formally announce her inclusion on Sunday, Marcella Nunez-Smith, a Yale physician and professor whose research focuses on health disparities, is widely expected to serve as the task force’s third co-chair.

Both Murthy and Kessler are widely known in public health and science for their stints in different presidential administrations. Kessler was appointed in 1990 by President George H.W. Bush, and served into the second term of President Clinton.

He left the agency in 1997 to become the dean of the Yale School of Medicine. Murthy, himself a Yale medical school graduate, was appointed U.S. surgeon general under President Obama in 2014 … Read more.

WASHINGTON — Congressman Ronny Jackson (TX-13) spoke on the Floor of the U.S. House of Representatives yesterday to bring attention to the worsening crisis...
Read more
FEATURED

ATLANTA (AP) — At first glance, Herschel Walker has a coveted political profile for a potential Senate candidate in Georgia. He was a football hero...
Read more
- Advertisement -

ERs Use Body Bags to Save Lives

Hospitals That Sue Their Own Patients

Tennova Healthcare-Lebanon sued more than 1,000 patients over the past two years. Hundreds of those suits were filed during the pandemic at a time when many companies have been backing away from taking patients to court over unpaid medical debt. The state of New York even banned the practice.

Sarah Huckabee Sanders: Why I Got ‘The Trump Vaccine’

WASHINGTON — Congressman Ronny Jackson (TX-13) spoke on the Floor of the U.S. House of Representatives yesterday to bring attention to the worsening crisis...

OPINION | CNN – In some alternate universe, Supreme Court Justice Ruth Bader Ginsburg retired during the Obama presidency and Democrats were able to...

MEDPAGE TODAY – A large Egyptian study of ivermectin for COVID-19 patients has been retracted over concerns of plagiarism and serious problems with their...

ATLANTA (AP) — At first glance, Herschel Walker has a coveted political profile for a potential Senate candidate in Georgia. He was a football hero...
- Advertisement -