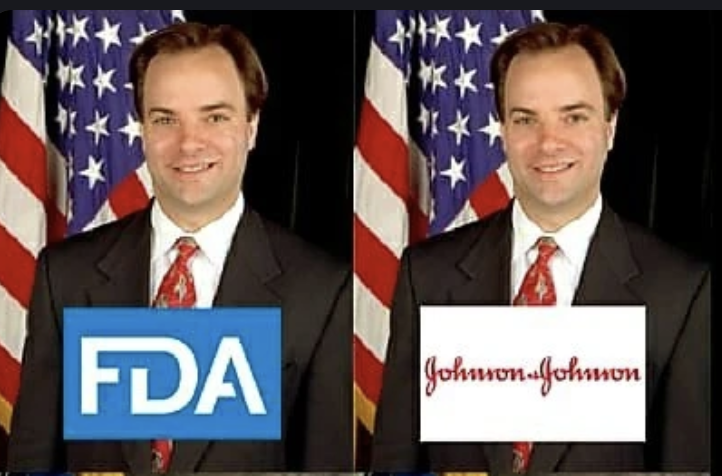 HEADLINE HEALTH – The free flow of key personnel between US regulatory agencies and the corporations they oversee is well known.

These personnel often hold the highest positions of power in government before cashing in with big paydays in the private sector.

The practice has the effect of keeping regulators in step with Big Pharma priorities since individuals’ highest earning capacity typically comes after government service when they join the payrolls of these crony capitalist companies.

Here are three current, high-dollar examples of ties between Deep State agencies and leading vaccine makers. It makes one wonder if whether they put the public interest ahead of their future earning potential when they were drawing they salaries from taxpayers.

Mark McClellan is the former FDA commissioner in charge of regulating Johnson & Johnson. He has had a seat on the Board of Directors of the same company since 2013. In 2018, McClellan was paid $285,000 as a board member, and had been compensated with more than $1 million in cash and stock awards since taking that post. McClellan is also an  Independent Director of Cigna, with a total compensation of $310,365.

Besides his role at the FDA, McClellan is also the former administrator of the Centers for Medicare & Medicaid Services (CMS) for the U.S. Department of Health and Human Services. He served as a member of the President’s Council of Economic Advisers and senior director for health care policy at the White House and previously held the position of deputy assistant secretary of the Treasury for economic policy.

Scott Gottlieb is the former FDA commissioner in charge of regulating Pfizer. He now sits on the Board of Directors of the same company. Gottlieb made $365,000 in total compensation as Independent Director at Pfizer Inc in 2021. Gottlieb is a also member of the board of directors of genetic research firm Illumina, Inc., where he makes another $419,577.

Besides his role at the FDA, he was senior advisor to the Administrator of the Centers for Medicare & Medicaid Services (CMS). Gottlieb was granted a top secret security clearance. and was a member of the Biodefense Interagency Working Group

Stephen Hahn is the former FDA commissioner in charge of regulating Moderna. He now the chief medical officer for Flagship Pioneering, the venture capital firm that launched Moderna. His salary does not appear to be publicly available.

Flagship Pioneering is a privately held company, and Hahn’s salary does not appear to be public information. However it does not seem likely he would take a pay cut.