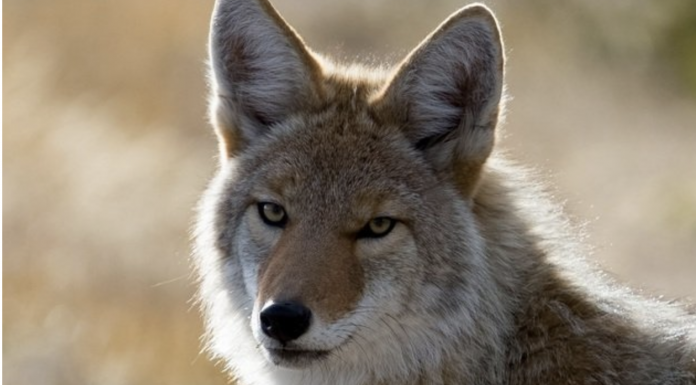 MORNING CALL – Some men crouched beside it, while other adults twirled spaghetti with a fork, looking on from aluminum chairs. Children held canned sodas and stared.

“Thirty-eight pounds even,” the men said when the needle on the scale settled.

The weekend-long contest saw 27 coyotes killed, the prize winner coming in at 44 pounds.

January and February are prime coyote-hunting months in Pennsylvania, when most of the state’s two dozen contests, like Sullivan County and the larger Mosquito Creek Coyote Hunt in Clearfield County, take place.

Although proponents say the coyote population needs to be controlled, many opponents of these killing contest-style hunts say they’re barbaric and disrupt the natural balance, taking out a “keystone predator” that controls rodent and pest populations and keeps feral cats, raccoons and skunks in check as well.

“The coyote is by far the most persecuted predator in North America,” said Camilla H. Fox, founder of Project Coyote, a California nonprofit that has aimed to stop the contests. “There’s a half-million alone killed each year.”

The Pennsylvania Game Commission describes Eastern coyotes as “immigrants,” however, descendants of animals that moved in from the West and established themselves here in the 1940s and ’50s, and some consider them a distinct species, generally bigger than coyote cousins out west.

The state was already home to native species that actively hunt rodents, including fishers, foxes, bobcats, weasels and a host of predatory birds, said Aaron Facka, furbearer specialist for the state commission.

“In short, if coyotes vanished from Pennsylvania tomorrow, I would not expect a sudden population boom in rodent species,” Facka said.

Hunters and trappers take 30,000-plus per year and say they’re the only thing keeping coyote numbers in check.

“All the hunts in the state don’t put a dent in the population,” Dan Morrison, Laporte’s fire chief, said at last year’s hunt. “They’re very smart” …

A study of coyote scat found the animals are attracted to fruit in gardens, where they are also finding cats and dogs.

THE GUARDIAN – Doug McIntyre let his cat, Junior, out of the house on a sunny summer morning last June.

As Junior walked down the path and into the world, he paid special attention. “I had a funny feeling … just an odd sensation that something was off,” McIntyre, a journalist and radio host, recalled in a column at the time.

Junior, a beloved part of the family, had been found five years before living in the parking lot of a Los Angeles radio station, covered with fleas and suffering from a blood infection.

All day, McIntyre waited for Junior to return, to no avail. The next morning, as he and his wife were putting up missing pet flyers, they ran into a neighbor who said her husband had seen Junior in the mouth of a coyote … READ MORE.