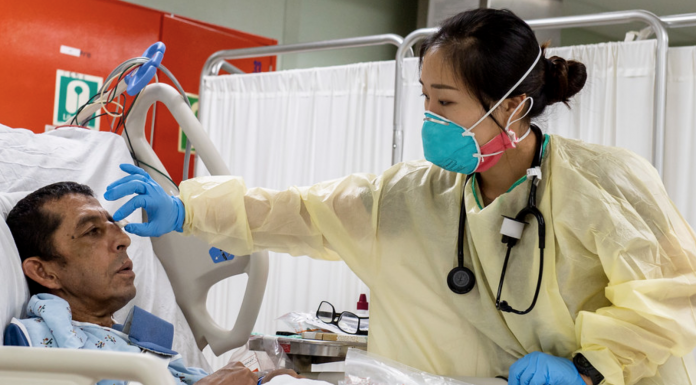 Individuals discharged from hospital after coronavirus had increased rates of organ damage compared with a control group, a new study finds.

HUFFPOST (UK Edition) – People discharged from hospital after suffering with Covid-19 appear to have increased rates of organ damage compared with similar individuals in the general population, a new study has found.

The increase in risk was not confined to the elderly and was not uniform across ethnic groups, prompting researchers to suggest that the long-term burden of Covid-19-related illness on hospitals and broader healthcare systems is likely to be “substantial”.

Covid-19 is most known for causing serious respiratory problems, however it can also affect other organs and systems within the body, including the heart, kidneys and liver.

In the UK, long Covid describes ongoing symptoms from the virus that last more than four weeks. In some cases, these can last for more than 12 weeks, which might also be referred to as post-Covid-19 syndrome.

While we know that typical symptoms of long Covid include breathlessness, cough, chest pain, fatigue, sleep issues, dizziness, tinnitus and gastrointestinal issues, the long-term pattern of organ damage after infection has been unclear.

To investigate this, a team of UK researchers from the Office for National Statistics (ONS), University College London (UCL) and University of Leicester analysed rates of organ dysfunction in individuals – 47,780 Covid patients with an average age of 65 (of which 55% were men) – with the virus several months after being discharged from hospital last year.

They then compared these rates with a matched control group from the general population.

Participants were matched with controls based on personal characteristics and medical history.

Health records were then used to track rates of hospital readmission (or any hospital admission for controls), death from any cause, and diagnoses of respiratory, cardiovascular, metabolic, kidney, and liver diseases.

Over an average follow-up of 140 days, nearly a third of individuals who were discharged from hospital after acute Covid-19 were readmitted and more than one in 10 died after discharge. These events were four and eight times greater, respectively, than those in matched controls.

Rates of respiratory disease, cardiovascular disease, and diabetes were also significantly raised in patients with Covid-19 …