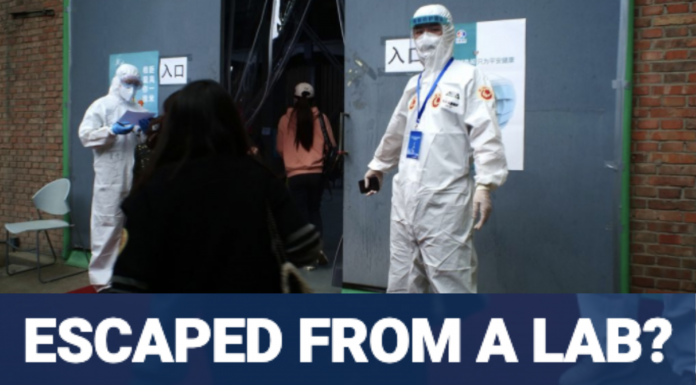 “’Patient zero’ [likely] worked at the laboratory, then went into the population in Wuhan.” – Fox News

May be the ‘costliest government cover-up of all time’…

UPDATE via Associated Press: China is refuting allegations that the Wuhan virus pandemic may have originated in a laboratory near the city of Wuhan where contagious samples were being stored.

Foreign Ministry spokesman Zhao Lijian cited the head of the World Health Organization and other unidentified medical experts as saying there was no evidence that transmission began from the lab and there was “no scientific basis” for such claims.

Zhao is the government propagandist that alleged in March that the U.S. military brought the virus into Wuhan. And the WHO has lost all credibility to the degree that the United States has halted its funding, because of its alleged close relationship with China.

China has also strongly denied claims it delayed reporting on the virus outbreak in Wuhan late last year and underreported case numbers, worsening the impact on the U.S. and other countries.

The virus is widely believed to have originated with bats and have passed via another animal species to humans at a wildlife and seafood market in Wuhan, although a firm determination has yet to be made.

Fox News – There is increasing confidence that COVID-19 likely originated in a Wuhan laboratory, though not as a bioweapon but as part of China’s attempt to demonstrate that its efforts to identify and combat viruses are equal to or greater than the capabilities of the United States, multiple sources who have been briefed on the details of early actions by China’s government and seen relevant materials tell Fox News.

This may be the “costliest government cover-up of all time,” one of the sources said.

The sources believe the initial transmission of the virus was bat-to-human, and that “patient zero” worked at the laboratory, then went into the population in Wuhan.

The “increasing confidence” comes from classified and open-source documents and evidence, the sources said.

Fox News has requested to see the evidence directly.

Sources emphasized — as is often the case with intelligence — that it’s not definitive and should not be characterized as such.

Some inside the administration and the intelligence and epidemiological communities are more skeptical, and the investigation is continuing.