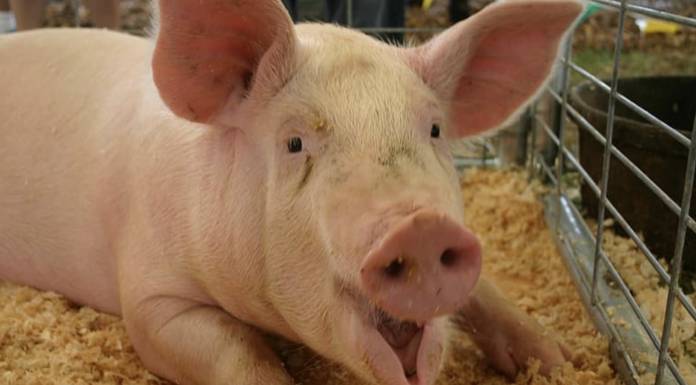 Smithfield employees account for over half of coronavirus cases in North Dakota.

New York (CNN Business) One of the country’s largest pork processing facilities is closing until further notice as employees fall ill with Covid-19.

The closure puts the country’s meat supply at risk, said the CEO of Smithfield, which operates the plant.

“The closure of this facility, combined with a growing list of other protein plants that have shuttered across our industry, is pushing our country perilously close to the edge in terms of our meat supply,” the meat processor’s chief executive, Kenneth Sullivan, said in a statement Sunday.

The Sioux Falls, South Dakota, facility accounts for 4% to 5% of the country’s pork production and employs about 3,700 people, according to Smithfield … Read more.

Dairy farmers have been dumping milk … what will pork producers do?

CHICAGO — Slaughterhouse shutdowns are disrupting the US food supply chain, crimping availability of meat at retail stores and leaving farmers without outlets for their livestock.

Smithfield extended the closure of its Sioux Falls, South Dakota, plant after initially saying it would idle temporarily for cleaning. The facility is one of the nation’s largest pork processing facilities, representing 4% to 5% of US pork production, according to the company.

“These facility closures will also have severe, perhaps disastrous, repercussions for many in the supply chain, first and foremost our nation’s livestock farmers,” warned Smithfield CEO Kenneth Sullivan.

Smithfield said it will resume operations in Sioux Falls after further direction from local, state and federal officials. The company will pay employees for the next two weeks, according to the statement.

The company has been running its plants to supply US consumers during the outbreak, Sullivan said.

“We have a stark choice as a nation: We are either going to produce food or not, even in the face of COVID-19,” he said.

FORTUNE – Practically every food company has announced increased measures to protect employees, including meat giants like Smithfield and Cargill.

Companies are enforcing hand washing and spraying down plants and break rooms. Shifts are staggered and lunch breaks are taken alone.

It’s a tricky balance for producers who are prioritizing worker safety but also trying to meet the huge surge in demand that the virus has unleashed.

And while some producers have stepped up hiring to keep food supplies flowing, it’s not easy to find workers, even with rising unemployment.

The industry has struggled with a reputation of difficult working conditions since the days of Upton Sinclair, the American author who wrote of abuses in his 1906 novel, “The Jungle.” Producers often rely heavily on immigrant workers to fill jobs that middle-class Americans shun.

If more cases mount and an increasing number of plants are forced to idle, it’s difficult to say what the tipping point will be in terms of supply shortfalls.

“We have a stark choice as a nation: we are either going to produce food or not, even in the face of Covid-19,” Smithfield CEO Kenneth Sullivan said … Read more.