Sorry, Anita, But Bill Cosby Is Once Again Presumed INNOCENT 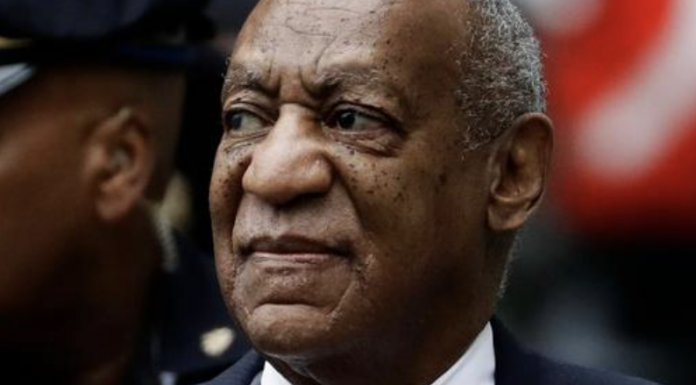 “Mr. Cosby should never have been prosecuted for these offenses. District attorneys can’t change it up simply because of their political motivation.”

“The Cosby ruling demonstrates how failures in our criminal justice systems make accountability for sexual assault impossible. … Sexual assault, harassment and extortion happens in workplaces every day. Systems that ensure accountability for powerful abusers, protect workers and prevent agreements that shield abusers are urgently needed in entertainment and other industries.”

Are you ‘horrified’ that Bill Cosby was freed? Or do you say ‘finally!’ COMMENT BELOW.

Phylicia Rashad, who starred as Cosby’s wife on “The Cosby Show”:

“FINALLY!!!! A terrible wrong is being righted – a miscarriage of justice is corrected!”

“I am furious to hear this news. I personally know women who this man drugged and raped while unconscious. Shame on the court and this decision.”

“He was convicted by a court so tainted by public opinion and social pressure that it allowed obviously prejudicial evidence … he was railroaded by the mob.” — Geraldo Rivera

Stewart Ryan, a lead prosecutor in the case now in private practice:

“When you look at what happened, the fact that a jury reached a conclusion after a trial where they heard evidence, there was nothing about the opinion today that detracted from that. I think that’s important for people like Andrea and other women who came forward.”

“I know many young women and men who are so Afraid to press charges against their rapist and Re traumatize themselves I am heartbroken today to hear of the news of Cosby’s release .this is sickening. My heart is with my sister survivors. We have work to do.”

“Certainly the optics of this are terrible. But the message has to be very clear and simple — that this was a mistake by prosecutors, a very unusual one and a technicality that is unlikely to happen again.”

“Today’s majority decision regarding Bill Cosby is not only disappointing but of concern in that it may discourage those who seek justice for sexual assault in the criminal justice system from reporting or participating in the prosecution of the assailant or may force a victim to choose between filing either a criminal or civil action.”

“Today’s devastating decision to overturn the conviction of a man who caused so much harm, pain, and emotional trauma to so many women is a travesty and an injustice. It reminds us again of the struggle that the survivors of his predatory behavior and actions have endured to make their voice’s heard. The semblance of justice these women had in knowing Cosby was convicted has been completely erased with his release today.”

“WHEN will things get better for women and girls regarding sexual assault, sexism, misogyny and ageism? What will it take? So discouraged.”

“Told you so on #BillCosby. He was convicted by a court so tainted by public opinion and social pressure that it allowed obviously prejudicial evidence and improper witnesses. He may be a bad guy, but in this case he was railroaded by the mob.”

“To every woman who was sexual assaulted by #BillCosby my heart hurts for you today and I am full fury. It’s horrifying.”

“All the smoke should be pointed squarely at the prosecutor’s office in the #Cosby case for making that colossal error.”