China Backs WHO In Dispute With Trump 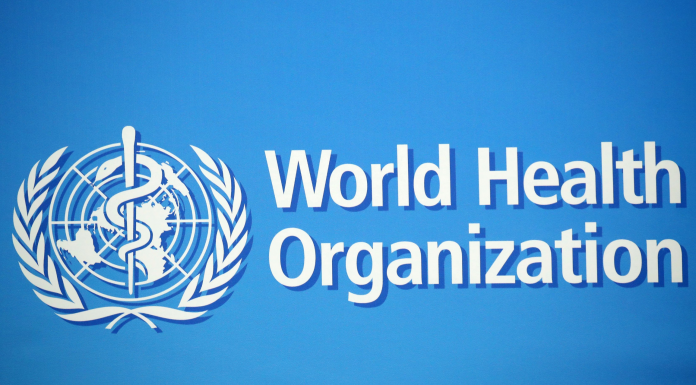 China defends WHO, lashes out at US move to withdraw

BEIJING (AP) — China defended the World Health Organization and lashed out at the U.S. decision to withdraw from the U.N. body, adding to a litany of disputes between the world’s largest economies and increasing geopolitical rivals.

Foreign ministry spokesperson Zhao Lijian said the move was “another demonstration of the U.S. pursuing unilateralism, withdrawing from groups and breaking contracts.”

WHO is “the most authoritative and professional international institution in the field of global public health security,” Zhao said at a briefing Wednesday, adding that the U.S. departure would particularly hurt developing countries in need of international support.

WHO plans to send a team to China to investigate the source of the virus, which was first detected in the central city of Wuhan last year.

China has said it remains unclear where the virus originated and has rejected an independent probe, but reiterated this week that it is working closely with WHO and will “continue to support scientists from all countries to carry out global scientific research on the source and spread of viruses.”

President Donald Trump has harshly criticized WHO over its response to the coronavirus pandemic and accused it of bowing to Chinese influence.

Trump said in a White House announcement that Chinese officials “ignored” their reporting obligations to WHO and pressured the organization to mislead the public about an outbreak that has now killed more than 130,000 Americans.

In comments Wednesday, U.S. Secretary of State Mike Pompeo said Beijing’s response to the virus outbreak showed the ruling Communist Party has an “enormous credibility problem” and that its actions fitted a pattern of behavior that threatens freedom, democracy and the rule of law.

“I am convinced more than ever that the free peoples of the world will come to understand the threat that’s presented not only internally inside of China, but importantly, that the impact that General Secretary Xi has on the world is not good for free peoples and democracy-loving peoples.”

The Trump administration formally notified the U.N. on Monday of its withdrawal from WHO, although the pullout won’t take effect until July 6, 2021. That means it could be reversed by a new administration or if circumstances change.

Former Vice President Joe Biden, the presumptive Democratic presidential nominee, said he would reverse the decision on his first day in office if elected.

Health officials and critics of Trump’s administration say the withdrawal would cost the U.S. influence in the global arena while undermining an important institution that is leading vaccine development efforts and drug trials to address the coronavirus.

The U.S. is WHO’s largest donor and provides it with more than $450 million per year, but owes about $200 million in current and past dues. Those financial obligations must be met before a U.S. withdrawal can be finalized.

Apart from the WHO, China and the U.S. have tangled over human rights, China’s crackdown on dissent in Hong Kong and Xinjiang and its assertions of sovereignty over strategic waters and islands in the South China Sea.

The two are also engaged in a protracted trade dispute amid allegations China is forcing companies to hand over technology or stealing the knowledge outright.