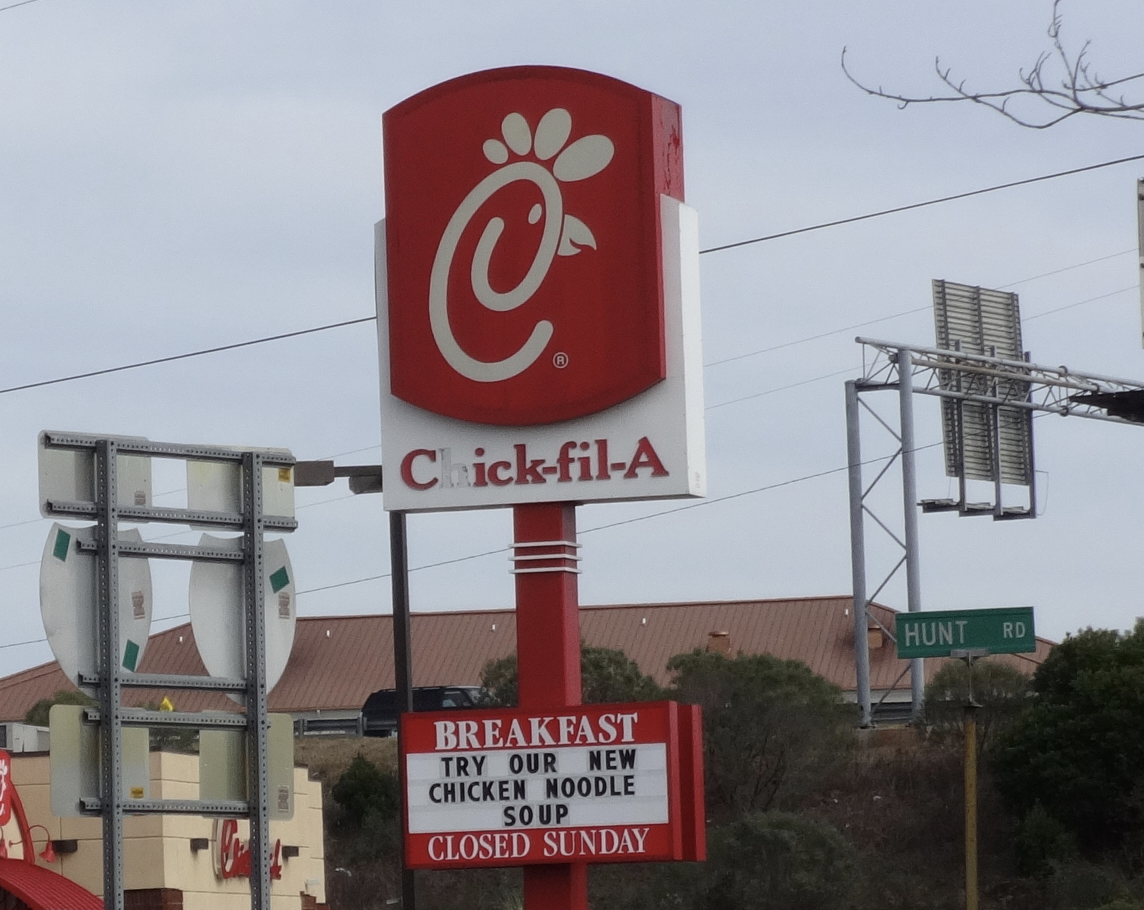 People keep going to fast food outlets in spite of the fact that they have the lowest quality food, lowest skilled employees, and frequent reported incidents of food poisoning. Chick-fil-A is no exception in the area of food safety ...

FOX BUSINESS – Chick-fil-A has maintained its position as America’s favorite restaurant for eight years in a row, according to the American Customer Satisfaction Index (ACSI).

The survey found that Americans’ satisfaction with fast food restaurants decreased by 2.6% in the last year, earning the category a score of 76.

Even though fast food declined in popularity this year, Chick-fil-A maintained its score of 83, the highest score in the ACSI restaurant survey. The fast food chain with the lowest score was McDonald’s coming in at 68 (down 3% from last year).

“I got the grilled chicken club. It tasted a bit off … ” – see details below on Chick-fil-A menu items that keep making people sick

In a statement provided to Fox News Digital, a rep for Chick-fil-A said:

“We are honored by the results of this survey and we are grateful to our customers for choosing Chick-fil-A – it’s truly our pleasure to serve them.

“This recognition is acknowledgment of the care they put into serving great food with gracious hospitality. Every day, our restaurant Team Members go above and beyond each day to create a friendly, welcoming place to visit.”

IWASPOISONED.COM – You can get food poisoning from fried chicken:

I ate a spicy southwest salad w/ strawberries. This is my typical order from here. I have gotten it plenty of times, but this time it caused me to have the worst stomach pain/cramps, nausea (I felt like I was about to faint because of how dizzy I was on the toilet), and harsh diarrhea. I ate nothing else today after the salad. I woke up around 4:00 AM with the stomach pain and ran to the bathroom and was on the toilet for about an hour pooping diarrhea. | Symptoms: Nausea, Diarrhea, Cramps, Stomach Pain, Dizziness

Saturday, June 18, I’m not sure it was the chicken but my son had their nuggets for lunch. The next morning he threw up a lot. My son only vomited once on Sunday morning, but he is ok no, there was no need for medical treatment … | Symptoms: Vomiting

I got the grilled chicken club. It tasted a bit off. This is usually my go to sandwich. I started feeling nauseous before bed but now it’s 10 hours later and I’m glued to my bathroom. | Symptoms: Nausea, Diarrhea, Vomiting

My significant other and I picked up food from there for dinner. We both ordered an original chicken sandwich, fries, their sauce and a milkshake. I had the cookies and cream milkshake and he had the peach milkshake. About an hour and a half after we finished eating we both started experiencing horrible stomach pains, nausea and diarrhea at the exact same time. | Symptoms: Nausea, Diarrhea, Stomach Pain

FOOD POISONING REPORTED NEAR YOU?

Other Chick-fil-A locations with food poisoning reports in the past 30 days include: