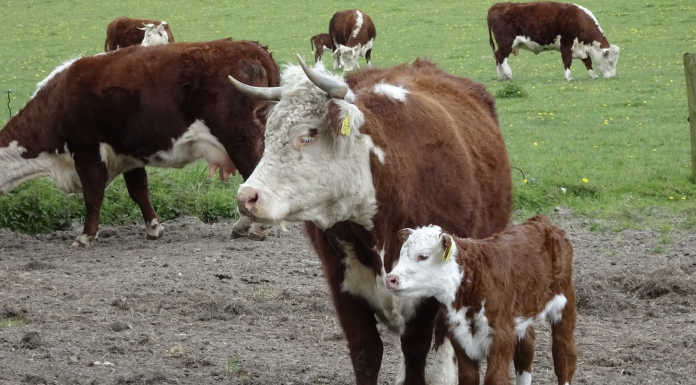 Federal officials announced the cattle connection today, although they did not report who owns or operates the animal or produce operations.

The 2020 outbreak was one of three reported in the fall of this past year that was linked to leafy greens. The outbreak discussed in today’s update spanned 19 states and sickened 40 people.

The Food and Drug Administration investigation update is the first information released since the outbreak was declared over on Dec. 22, 2020, by the Centers for Disease Control and Prevention.

At that time test results were still pending for samples of cattle droppings, soil, compost, water, and other environmental sources.

“Laboratory analysis of samples is now complete. The analysis has confirmed a positive match to the outbreak strain in a sample of cattle feces, which was collected during follow-up investigations on a roadside, uphill from where leafy greens or other food identified in the traceback investigation were grown,” according to the investigation update.

“While the finding does not provide definitive information on how E. coli may have contaminated product during the growing and harvesting season, it does confirm the presence of a strain of E. coli O157:H7 that causes recurring outbreaks in a more narrowly defined growing region and a potential, continued source of contamination.

At this time, FDA’s investigational activities have concluded.”

Investigators were “deployed to dozens of ranches in the area,” according to officials. In addition to feedlot-related samples, investigators collected and tested samples of leafy greens, but none of them showed E. Coli contamination at the time of collection. The CDC announced the outbreak in October 2020.

No single ranch was identified as a common source of the implicated leafy greens, according to the FDA update.

“. . . as recommended in our Leafy Greens Action Plan, the FDA continues to recommend growers assess and mitigate risk associated with adjacent and nearby land-use practices, particularly as it relates to the presence of livestock, which is a persistent reservoir of E. coli O157:H7 and other STEC.”