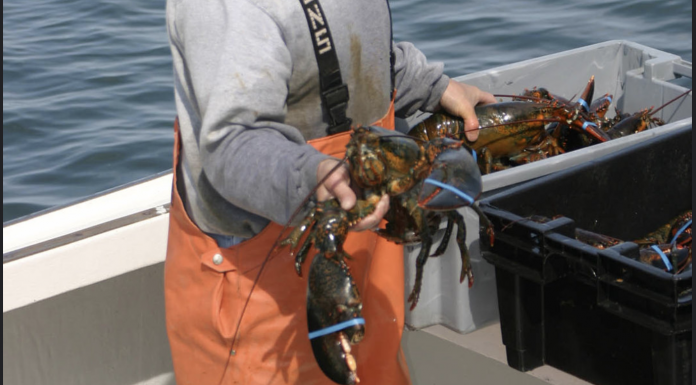 Huffington Post, HALIFAX — Justin Trudeau called Friday for federal agencies to ensure those involved in an Indigenous-led lobster fishery are safe, a day after a Mi’kmaq chief accused him of offering words rather than action.

Chief Mike Sack of the Sipekne’katik First Nation held a news conference Thursday to condemn Ottawa’s handling of the situation.

He referred to the RCMP as “useless,” saying the force sent too few officers to the tense scenes in the two communities.

As for Trudeau, Sack said he had to go beyond sending comforting tweets and begin to send reinforcements for the law enforcement agencies on land and water.

“We need to make sure that our police, our security officials are there to make sure everyone is protected,” he said.

“We will certainly continue to work toward reconciliation with Indigenous peoples, recognizing the rights they have, established for quite some time, regarding the fisheries, and we must find a way forward that will work for everyone.”

The Sipekne’katik band argues Indigenous people in Atlantic Canada and Quebec have a treaty right to fish for a moderate livelihood where and when they want, based on a 1999 Supreme Court of Canada decision that cites treaties signed by the Crown in the 1700s.

Many non-Indigenous critics, however, invoke a clarification issued four months after the 1999 ruling … Read more.

Video being circulated on social media shows a van being set alight in West Pubnico, N.S., during one of the tense encounters.

Chief Mike Sack of Sipekne’katik First Nation says damage occurred at two locations, one in West Pubnico and the other in the Weymouth area, and lobster caught by the Indigenous fishers was removed from lobster pounds.

“Local fishermen attacked two lobster buying facilities and did a lot of damage, burned vehicles, took lobsters,” Sack said in a telephone interview Wednesday. “Whatever they wanted to do, happened.”

Sack said two Indigenous harvesters were at the lobster pound in West Pubnico when people broke a door, a van was burned and their catch was taken away … Read more.