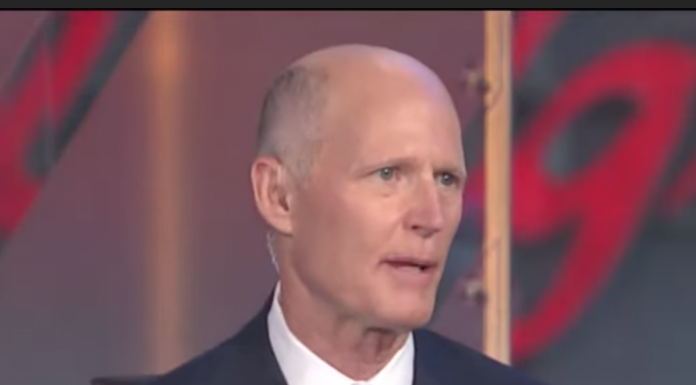 FLORIDA POLITICS – U.S. Sen. Rick Scott told a cable news audience Saturday that any virus-driven travel ban on the state would be an “attack” on Florida.

The Republican Senator, appearing on Fox and Friends, decried reported explorations of travel restrictions by the Joe Biden White House as driven by jealousy of the state’s progress in the virus fight.

The Democratic administration is reportedly concerned about a surge in the B.1.1.7 variant, but to Scott, the deliberations are “just ridiculous.”

“This is just a wishy-washy policy consideration from the Biden Administration that would hurt Florida’s businesses and families,” Scott told host Jedidiah Bila.

“This makes no sense. Look, Biden and the Democrats around the country are jealous of Florida. They’re jealous that everybody wants to move [there].”

The Senator had already decried the move on Twitter, saying the “The seesaw policy ‘considerations’ from the Biden admin only hurt Florida’s working families whose livelihoods depend on tourism dollars.”

Discussion of potential travel restrictions on the Sunshine State, first reported by the Miami Herald, have been considered according to White House sources … Click source below to read more.

Is Florida doing too well for the White House?

‘They’re trying to punish Florida’: Marco Rubio says ‘jealousy’ is behind talk of a travel ban

FLORIDA POLITICS –U.S. Sen. Marco Rubio appeared on Fox News Thursday night, charging that talk in the Joe Biden White House of a domestic travel ban on Florida is driven by “jealousy” and a zest for “punishment” of the Sunshine State.

The Senator told host Tucker Carlson that there needed to be legislation curbing the Executive Branch from travel restrictions he deemed “clearly unconstitutional.”

Discussion of potential travel restrictions on the Sunshine State, first reported by the Miami Herald, were being considered as a result of B.1.1.7 and other variants surging in the state.

The Biden Administration has denied that plans for such action are imminent, but the talk is enough for Biden-wary Republicans.

Rubio noted Biden’s opposition to the Trump-China travel ban, but quipped that the new President “wants to impose them on American citizens.”

“Tonight if you arrive at the U.S. Southern Border with a child, you will be allowed entry to the country,” Rubio said.

“But if you’re an American citizen living in Florida who wants to travel, they will put some kind of restriction in your way. It’s clearly unconstitutional. We should pass a law here making clear that this is not in the power of an administration to do.”