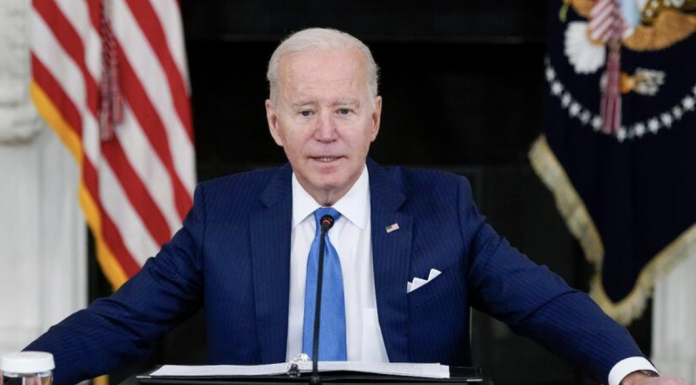 President Joe Biden is trying to jump-start progress on his stalled domestic agenda by refocusing attention on one of his most popular proposals, limiting the cost of prescription drugs.

WASHINGTON (AP) — President Joe Biden is trying to jump-start progress on his stalled domestic agenda by refocusing attention on one of his most popular proposals, limiting the cost of prescription drugs.

Biden is traveling on Thursday to Culpepper, Virginia, where White House press secretary Jen Psaki said the president will call attention to the “unacceptable” cost of medications.
“We need to act to stop the abuse of American families,” she said.

Biden’s trip to Virginia will also be an opportunity for him to start promoting his party’s candidates in November’s midterm elections. He’s expected to appear alongside Rep. Abigail Spanberger, D-Va., who is in danger of losing her seat representing a central Virginia district.

“He is eager to go out there and hit the road for Democrats who are fighting for an agenda for the American people,” Psaki said Wednesday.

Spanberger is one of several Democrats who have raised alarms about slipping support from voters. She suggested in a November interview with The New York Times that Biden had overreached with his plans for new government programs that recalled the Depression-era agenda of President Franklin D. Roosevelt.

“I am grateful for the administration’s attention to this issue — but more than that, I look forward to hearing the president’s strategy for how we can sign a transformative prescription drug-focused bill into law,” Spanberger said in a statement when Biden’s trip was announced.

Efforts to lower prescription drug costs have long been popular with voters, but bipartisan consensus has proved elusive. It’s unclear if there’s a political path forward for Biden’s plans in Congress.

His proposals include capping out-of-pocket medication costs for Medicare recipients at $2,000 per year and insulin at $35 per month. In addition, Medicare would be allowed to negotiate prices for a limited number of prescription drugs and drugmakers would be required to pay rebates if they raise costs faster than inflation.

“It’s safe to say that all of us can agree that prescription drugs are outrageously expensive in this country,” Biden said Dec. 6.

The provisions are part of Biden’s expansive domestic agenda, known as “Build Back Better.” However, the legislation is at a standstill because of resistance from moderate Democratic Sens. Joe Manchin, D-W.V., and Kyrsten Sinema, D-Ariz.