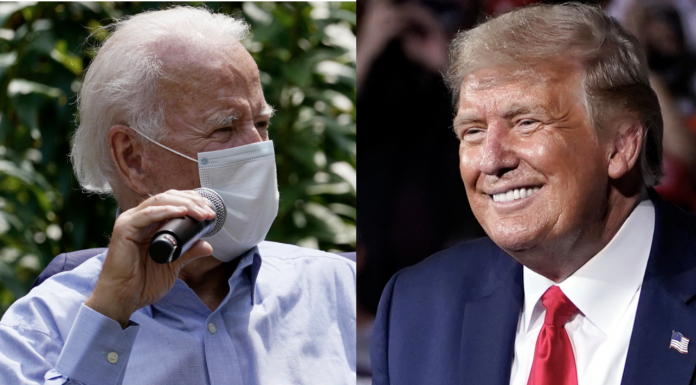 CNBC – A super PAC backing President Donald Trump is unleashing a wave of new ads against Democratic nominee Joe Biden as the commander in chief struggles in nationwide polls and the campaign appears to be in need of air cover.

The PAC, America First Action, is announcing a $22 million spending spree on digital and TV ads that will target the key battleground states of Florida, Pennsylvania, Wisconsin and Ohio. These ads will air from now until Election Day in November. It’s in addition to the PAC’s recent decision to spend more than $18 million on ads in those four states.

The spots focus, in part, on the ongoing protests in states such as Wisconsin.

One of the PAC’s messages is that under a Biden administration, small business owners won’t be as protected from potential rioters as they are under Trump.

The ads contend that Biden doesn’t have the mental stamina to be president. Another ad looks to paint Biden as a president who will defund the police.

The nation has been experiencing widespread protests often in reaction to the killing of Black men and women by police. Biden, who is not in favor of defunding the police, has said that looters and rioters should be prosecuted to the fullest extent of the law.

A health assessment of Biden showed that he is a “healthy, vigorous, 77-year-old male, who is fit to successfully execute the duties of the Presidency.”

Brian O. Walsh, president of America First Action, told CNBC late Tuesday that the additional $22 million is just the beginning of its spending spree for the final months of the election.

“To be frank, we look at these battleground states, and we are feeling optimistic and aggressive, and we have to put the pedal to the metal all the way until the end,” Walsh said … Read more.