Asylum-Seekers Complain Of “Horrible Conditions” In US 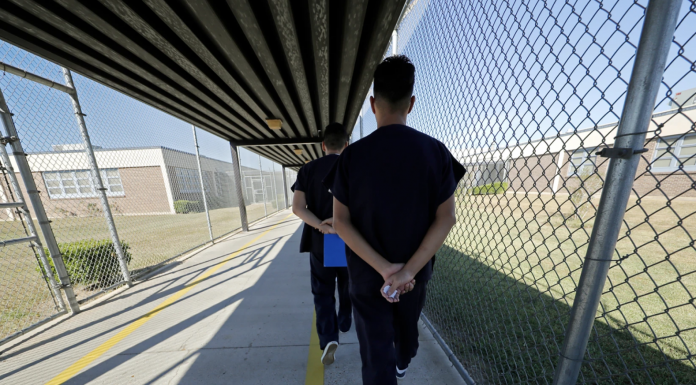 NBC NEWS – During his 46 days at the Winn Correctional Center in Louisiana, an asylum-seeker who was detained there said he witnessed “horrible conditions” that were “not suitable for humans.”

The recently paroled detainee, who did not want to use his name pending his asylum case, spoke on the phone with NBC News and recounted there was little food, a lack of toilets, no hot water and extremely cold temperatures inside the facility.

Immigration attorneys and advocates are sounding the alarm over conditions at the detention center run by the New Orleans field office of U.S. Immigration and Customs Enforcement, saying it’s deteriorated over the past few months.

The former detainee said that at one point, a protest broke out over conditions in his unit and the men were pepper-sprayed. The detainee, who is originally from Cuba and made his way to the U.S.-Mexico border from Guyana, said:

“I begged them to take me out of the room because I couldn’t breathe with my asthma. One man fainted in front of me. But they left me there.”

He said it was tough to access medical care; whenever he would request a medical appointment for his asthma, he would have to wait five days to see a doctor.

The Southeast Immigrant Freedom Initiative of Louisiana, a project of the Southern Poverty Law Center, has written two letters to the Department of Homeland Security over reports of “abuses and inhumane conditions at Winn.”

At least one detainee was hospitalized after attempting suicide and there are reports of others contemplating taking their life as well, according to the letters sent to Homeland Security, as well as accounts of former detainees and attorneys.

The attorneys included a long list of grievances, including units for 44 people having only one urinal, two toilets and two showers …