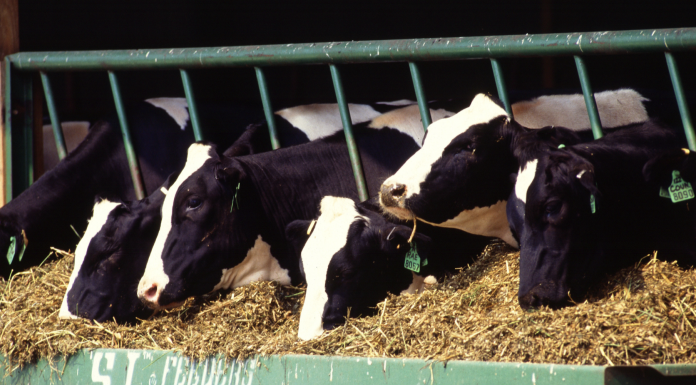 Food Dive – The dairy industry has experienced a rough couple of years, and is taking yet another hit.

Despite the increase in shoppers stockpiling across the United States, it is not enough to make up for the drop in foodservice, so the demand for milk from Wisconsin overall is still shrinking.

This loss only compounds the woes of an industry where the two of the largest milk processors in the U.S. recently filed for bankruptcy.

Although reports in early March indicated the dairy industry was thriving as consumers hoarded milk, retail demand in the last two weeks has not been sufficient to offset losses sustained by the industry from the reduction of foodservice buyers, according to the National Milk Producers Federation.

“Over the last five weeks, the [USDA’s] estimate of 2020 milk prices reflect a drop of about $2.85 billion at the farm level,” Jim Mulhern, president and CEO of the policy group, wrote in a letter to Agriculture Secretary Sonny Perdue.

This increase in non-dairy, shelf-stable milk sales will be temporary, according to analysts at Bernstein. However, the impacts of COVID-19 on the traditional dairy industry may be further reaching … Read more.

Milwaukee Journal Sentinel – Seven of Wisconsin’s largest farm groups have asked the U.S. Department of Agriculture to use its extensive purchasing power to buy large amounts of dry milk, butter and cheese that normally would be going to restaurants and the food-service industry.

In fact, this week some large Wisconsin dairy operations have begun dumping milk because there is no buyer for it.

“With 80 percent of Americans under order to shelter in their homes, hundreds of thousands of restaurants, schools, and other food service outlets have closed or significantly reduced offerings, which means cheese and butter manufacturers have lost their largest market. While retail sales have increased in past weeks, they are now leveling, and orders are slowing. Dairy manufacturers and processors also have seen their export markets decimated,” the Wisconsin farm groups said in their letter to U.S. Agriculture Secretary Sonny Perdue. Read more.