Anti-Vaccine Cardinal Is On A Ventilator 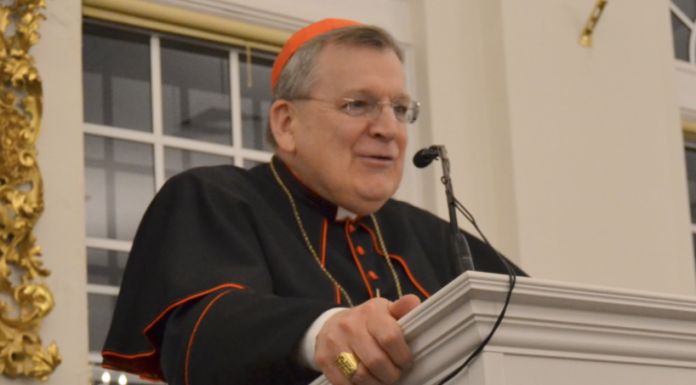 The 73-year-old conservative cardinal was an early critic of social distancing and, later, an unabashed skeptic of the vaccine.

THE WASHINGTON POST – Most days during the coronavirus pandemic, Cardinal Raymond L. Burke could be found strolling down the streets of Rome maskless and carrying rosary beads.

Last Tuesday, Burke announced he had tested positive for the coronavirus. Now, the cardinal is in a hospital bed in his native Wisconsin, breathing with the help of a ventilator.

“Doctors are encouraged by his progress,” Burke’s press team tweeted Saturday night. “[His Eminence] faithfully prayed the Rosary for those suffering from the virus. . . . Let us now pray the Rosary for him.”

The Vatican did not immediately respond to a request for comment late Sunday.

A former archbishop of St. Louis, Burke made a name for himself as an outspoken conservative figure in the mid-2000s.

In 2004, he refused to give Communion to then-Massachusetts Sen. John F. Kerry because the Democrat was pro-choice.

In 2007, Burke resigned from the board of a Catholic hospital in protest of its invitation for Sheryl Crow, who is also pro-choice, to play at a benefit concert.

Two years later, he excoriated the University of Notre Dame for giving former president Barack Obama an honorary degree. In an interview, Burke said that Catholics who voted for Obama “collaborated with evil.”

During the global pandemic, Burke spoke out against vaccine mandates, claiming the practice “violates the integrity of its citizens.”

“While the state can provide reasonable regulations for the safeguarding of health, it is not the ultimate provider of health. God is,” he said during a May 2020 address.

Burke also repeated false information about vaccines, claiming that some believe there should be a “microchip . . . placed under the skin of every person, so that at any moment he or she can be controlled by the state regarding health and about other matters which we can only imagine” … READ MORE.