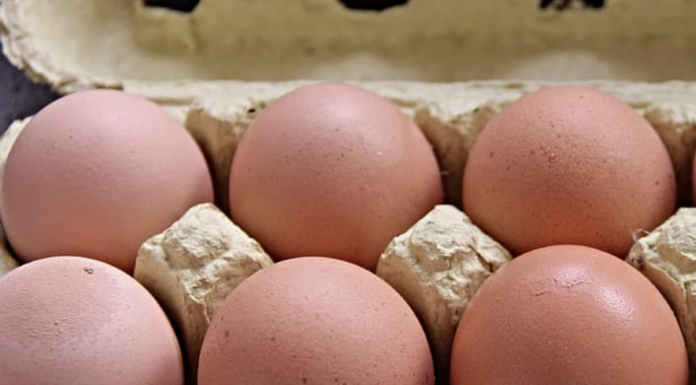 FOOD SAFETY NEWS – The country is ready to panic over all sorts of shortages, but Massachusetts has something specific to fear: an egg shortage. It is so bad a possibility that some call it an “Egg Armageddon.”

And unlike some of the shortages causing empty shelves around the country, the possibility of an egg shortage has Massachusetts politicians taking it seriously.

All this stems from the popular 2016 ballot measure that some saw as supportive of food safety by mandating space requirements for certain farm animals.

Egg-laying hens got 1 and 1/2 square feet of floor space under the 2016 law that was to become effective this month as regulations drafted by Massachusetts Attorney General Maura Healey went live.

But during the summer, it became clear that few egg producers could meet the Massachusetts standard. State lawmakers jumped in with another law to reduce the minimum required for each laying hen to one square foot.

The change would bring Massachusetts in line with other states, bring more egg producers under the standard, and help alleviate an egg shortage.

Massachusetts voters in 2016 passed the law for pigs, calves, and laying hens. It required that birds be able to spread both wings without touching the sides of enclosures or have 1.5 square feet of usable floor space for each hen. Regulations were set to take effect this month, with the law’s effective date scheduled for Jan. 1, 2022.

Senate Bill (SB) 2470 is going through the Massachusetts Legislature, which will also take effect on Jan. 1, 2022. It changes the space requirement to:

Massachusetts has to choose. The current regulations and laws will mean a shortage of eggs because there will be few egg producers for the state. The reason is their standard is out of sync with other states.

One of the largest egg producers serving Massachusetts is Hillandale Farms in nearby Connecticut. It is known for investments in cage-free aviaries under the 1-foot standard. More vertical aviaries are more common now to allow birds to fly upward, perch and roost.

The campaign director for the 2016 ballot measure says the new bill is consistent with the initiative because voters supported giving hens enough space to stand up, turn around, and lay down.

Massachusetts is among the states that have required some form of cage-free housing systems to replace so-called battery cages. The European Union has banned battery cages since 2012. Those systems cause welfare problems for hens.

Battery cages on average provide only 67 square inches of space per hen, about the size and shape of a desk drawer — not enough space to fully open wings, let alone to run, or jump. Layer hens — meaning chickens who lay eggs — are kept in these cages for the whole duration of their lives, where they lay roughly an egg per day until they are sent to the slaughterhouse.

Battery cages are primarily designed to achieve high density, by being stacked on top of one another. A single egg-producing farm may confine thousands of hens at a time in these stacked cages.

While cage-free housing is on the increase, battery cages in 2020 continued to hold almost 74 percent of the national layer hen flock, or about 243 million birds.