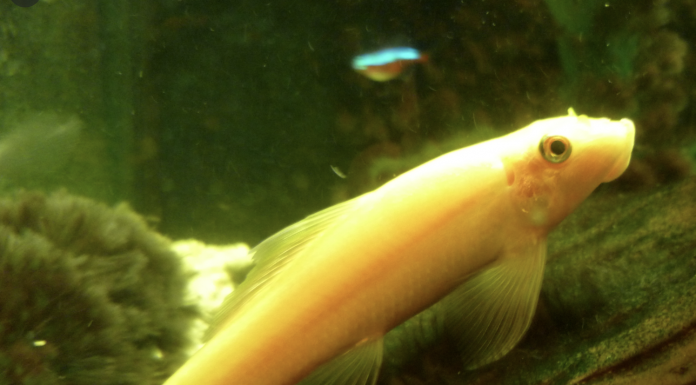 ECONOMIST – FISH BREATHE through their gills. That much is well-known. But some fish are also able to breathe through their bottoms.

The guts of vertebrates are well supplied with blood vessels, to enable them to absorb digested food. But this means they can also, in principle, absorb oxygen. And that is precisely what happens in species such as the weather loach (pictured).

As far as is known, no land vertebrate can perform this trick. But, in a paper just published in Cell, Takebe Takanori of the Cincinnati Children’s Hospital, in Ohio, describes how terrestrial animals might, with a bit of assistance, be enabled to so.

So far, Dr Takabe and his colleagues have turned mice, rats and pigs into bottom breathers.

If they can extend the trick to people, it could offer an alternative to tracheal intubation as a means of keeping those with breathing difficulties alive.

The notion that intestinal oxygen might be medically beneficial surfaced briefly in the mid-20th century, though experimental evidence swiftly crushed it.

But Dr Takebe observed that the experiments in question had failed to consider a crucial fact.

Mammalian rectums are lined with layers of mucous which could limit the exchange of gases.

To begin with, Dr Takebe and his colleagues tried this with mice. After anaesthetising their subjects, they scraped away the mucous linings using toothpicks.

They then fitted the animals with masks, to restrict their air supply, and pumped oxygen into their intestines.

Control mice, masked but not so perfused, survived for less than a quarter of an hour. Those receiving rectal oxygen lasted 50 minutes … Click here to read more.