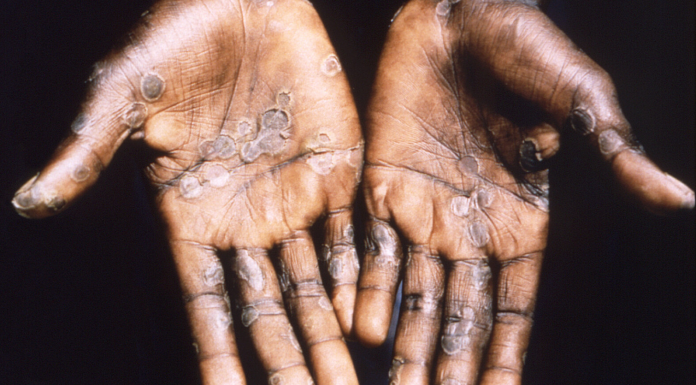 Smallpox-like virus brought to US from Nigeria by globetrotting passenger

STAT NEWS – More than 200 people in 27 states are being monitored for possible exposure to monkeypox after they had contact with an individual who contracted the disease in Nigeria before traveling to the United States this month, according to the Centers for Disease Control and Prevention.

To date, no additional cases have been detected.

State and local health authorities are working with the CDC to identify and assess the individuals, and follow up with them daily until late this month, said Andrea McCollum, who leads the poxvirus epidemiology unit at the agency’s National Center for Emerging and Zoonotic Infectious Diseases.

“It is a lot of people,” McCollum acknowledged.

The efforts stem from the discovery that a U.S. resident infected with monkeypox traveled from Lagos, Nigeria, on an overnight flight to Atlanta that arrived on July 9; the person then traveled the same day to Dallas.

“Monkeypox was first discovered in 1958 when two outbreaks of a pox-like disease occurred in colonies of monkeys kept for research, hence the name ‘monkeypox.’ The first human case of monkeypox was recorded in 1970 in the Democratic Republic of Congo during a period of intensified effort to eliminate smallpox. Since then monkeypox has been reported in humans in other central and western African countries.” – CDC

On July 15, the individual sought care at a Dallas hospital emergency room, where the diagnosis of monkeypox was made.

The people being monitored include:

Passengers on the Atlanta-Dallas flight with indirect contact — in other words, those sitting near the infected person — were deemed to have had too short an exposure to be at risk, said McCollum.

“We define indirect contact as being within 6 feet of the patient in the absence of an N-95 or any filtering respirator for greater than or equal to three hours,” she said.

The CDC said that the fatality rate for the strain of monkeypox seen in the Dallas case is about 10%.

Monkeypox is rarely seen in people. There was a large outbreak in the U.S. in 2003, when a shipment of animals from Ghana contained several rodents and other small mammals that were infected with the virus … READ MORE.