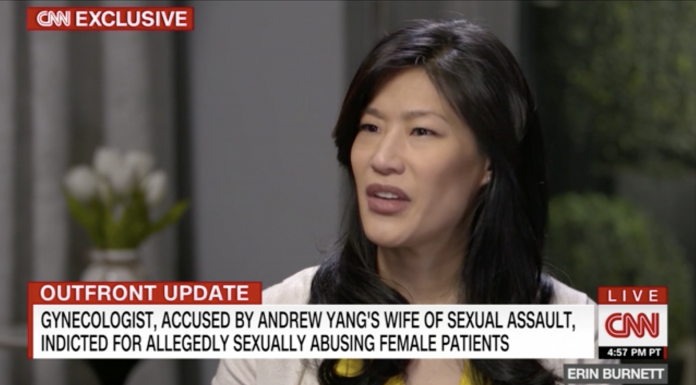 CNN – A former Columbia University gynecologist accused by the wife of former Democratic presidential candidate Andrew Yang of sexual assault has been indicted for allegedly sexually abusing female patients — including a minor — over nearly two decades.

The unsealed indictment in US District Court for the Southern District of New York accuses Robert Hadden, 62, of six counts of enticing and inducing dozens of victims to travel to his medical offices in New York and subjecting them to unlawful sexual abuse from about 1993 to 2012, according to prosecutors. The charges involved a minor and five adults.

Each count carries a maximum sentence of 20 years in prison.

Acting US Attorney Audrey Strauss at a news conference called Hadden “a predator in a white coat.”

The former doctor appeared before a federal judge Wednesday. He entered a not guilty plea, his attorney, Isabelle Kirschner, told CNN.

According to Kirschner, the judge ordered Hadden released on a $1 million bond secured by his home, and for him to be monitored. He is not out of custody yet.

He was arrested Wednesday morning and charged with enticing and inducing six victims to travel interstate to engage in illegal sexual activity, Strauss said in a statement.

The women who came forward to accuse the doctor included Evelyn Yang, wife of the former Democratic presidential candidate.

She told CNN in an exclusive interview in January that she was sexually assaulted by Hadden.

CNN Investigates reported in February that dozens more accusers had come forward and new evidence had emerged that indicated Columbia University officials were warned about Hadden’s behavior in the mid-1990s.

CNN obtained a letter from a former patient to Columbia officials in 1994 that spelled out her allegations of sex abuse by Hadden … Read more.

(CNN) The International Federation of Sport Climbing (IFSC) has apologized to Austrian climber Johanna Farber after inappropriate images of her were broadcast during the...
Read more
FEATURED

A year after the death of Supreme Court Justice Ruth Bader Ginsburg, one of the country's top abortion-rights activists warned that the Supreme Court's recent inaction on Texas' extremely restrictive new abortion law could signal the end of judicial checks and balances on the issue.
Read more
FEATURED

New York Gov. Kathy Hochul said her government would help Texas women who want an abortion, but can’t get one because of the state’s new pro-life law, to travel to New York, which she called an abortion “safe harbor.”
Read more

KAISER HEALTH NEWS – President Joe Biden’s failure to name someone to lead the Food and Drug Administration, more than 10 months after the...

For health workers, the deaths, combined with misinformation and disbelief about the virus, have been "heart-wrenching, soul-crushing."
- Advertisement -