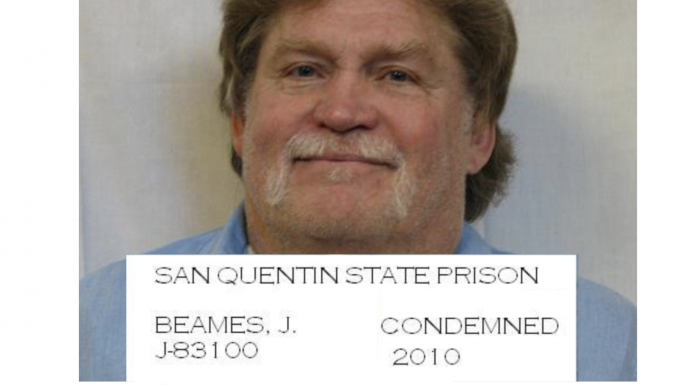 The Hill – An eighth death row inmate in California has died of apparent COVID-19 complications, the California Department of Corrections and Rehabilitation (CDCR) announced Wednesday.

According to CDCR, John M. Beames, 67, died outside of a hospital Tuesday. His exact cause of death has not yet been declared by a coroner.

California’s San Quentin State Prison is where Beames and Ashmus were when they died and where the state hold’s their 717 condemned inmates on death row.

The prison, which is north of San Francisco, has had a total of 14 total virus-related deaths, CBS Sacramento reported.

Beames was convicted in 1994 of the torture and beating death of the 15-month-old daughter of his girlfriend, who was living with him at the time.

He was convicted of first-degree murder and sentenced to death in Tulare County in 1995.

An autopsy revealed that the child died from a fierce blow to the abdomen that nearly severed her liver.

The girl’s mother was sentenced to 25 years to life for allowing the abuse. – Daily Mail

SAN QUENTIN – Condemned inmate John M. Beames was pronounced deceased on July 21, 2020, at an outside hospital from what appears to be complications related to COVID-19. An exact cause of death will be determined by the coroner. He was 67 years old.

Beames was convicted of first-degree murder and sentenced to death in Tulare County on Oct. 11, 1995. He was admitted onto California’s death row on Nov. 7, 1995.

There are currently 717 people on California’s death row. More information about capital punishment in California can be found here: https://www.cdcr.ca.gov/capital-punishment/