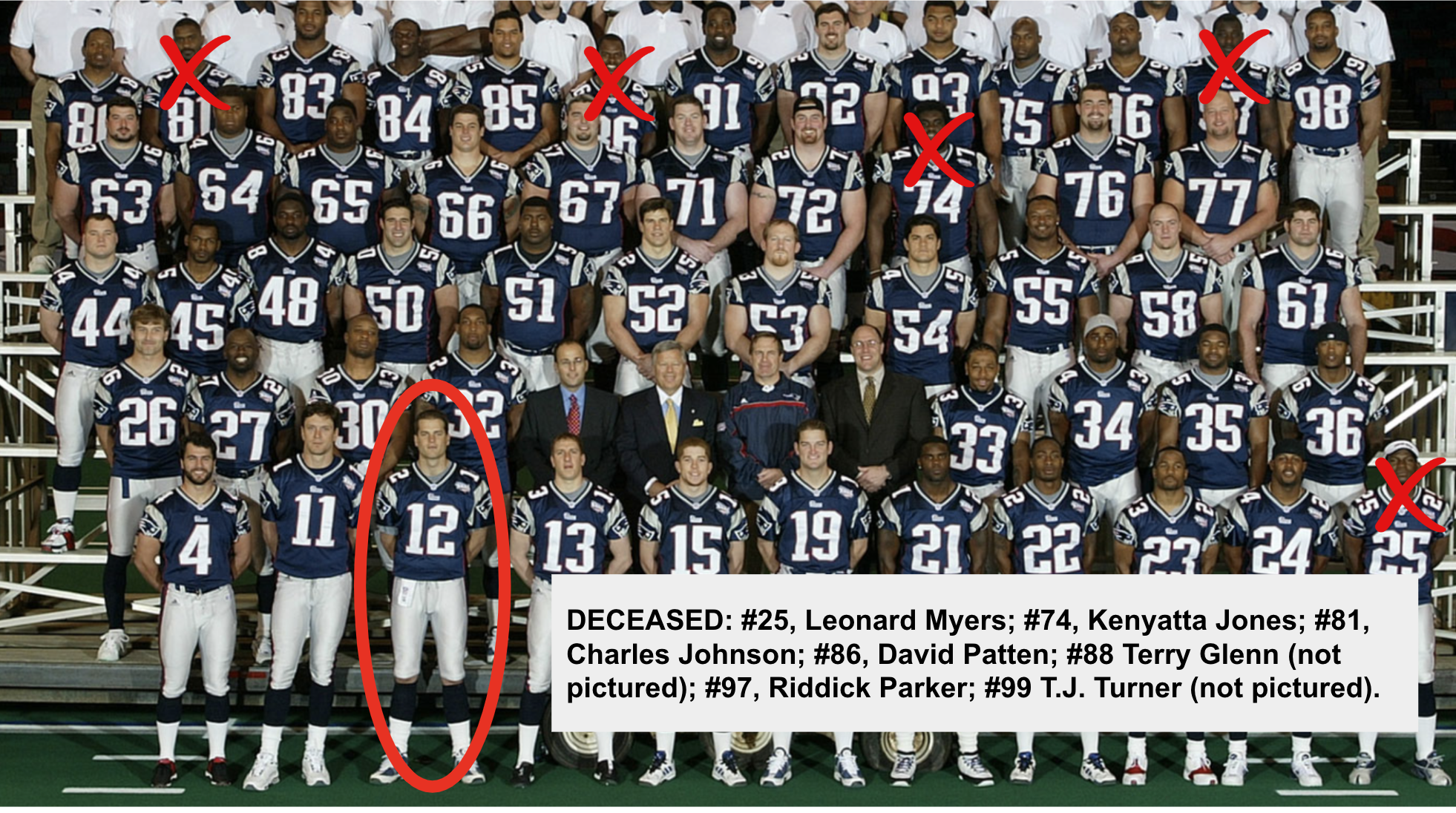 THE BOSTON GLOBE – In all, seven players who started the New England Patriots’ first title season in Foxborough have died between the ages of 35 and 50, strikingly young even for veterans of professional football.

Some of the deceased Patriots were among 24 members of the 2001 team afflicted with symptoms of football brain injuries, according to their claims in a landmark class-action lawsuit against the NFL.

The league settled the case for more than $1 billion, with the most severely impacted players and their survivors receiving compensation.

Their traumas serve as a potent reminder that the league, whose teams have been collectively valued by Forbes at more than $140 billion, have posted staggering profits at the expense of many of the sport’s performers.

“Of the eight New England teams that have reached the Super Bowl this century, only the 2001 team has had more than two alumni die, a distinction that defies easy explanation because the causes have varied sharply.”

Johnson, 50, a receiver whose two catches in the AFC Championship game helped the Patriots advance to the Super Bowl, alleged in the class-action suit that he suffered from symptoms caused by “repetitive, traumatic sub-concussive and/or concussive head impacts” during NFL games and practices …

READ MORE [subscription may be required]

“The football world was stunned Friday morning with news that former Pro Bowl wide receiver Demaryius Thomas was found dead at the age of 33. Many players took to social media to mourn the loss of their friend and former teammate, including Tom Brady. Brady and Thomas were teammates in New England … ” –CBS BOSTON, DECEMBER 10, 2021

“Tom Brady, like so many others, was gutted by the passing of David Patten. Patten last Thursday died in a motorcycle accident in South Carolina. He was 47 years old. Brady and Patten both were members of the first three Super Bowl-winning teams in Patriots franchise history … ” – New England Sports Network, September 8, 2021

“Chris Eitzmann, a former Patriots tight end who went to Harvard and was roommates with Tom Brady when the two came to the NFL, passed away last week.”– Tom E. Curran, Twitter, Jan 4, 2022

“To have a teammate who we were all in the huddle with, played some great games with … it’s just a horrible thing. I don’t know what to make of it. It’s just very, very sad.” – Tom Brady’s comment on deceased teammate Aaron Hernandez, grunge.com, NOV. 29, 2022